Mathews sanguine after falling for 199

Chittagong (Bangladesh) (AFP) - Sri Lanka's Angelo Mathews said he accepted his fate after being cruelly dismissed one run short of a double century in the first Test against Bangladesh on Monday.

His departure meant the visitors were bowled out for 397 runs after losing their last six wickets for just 78 runs on day two on a flat Chittagong wicket.

At stumps the hosts were 76 without loss, with opener Tamim Iqbal on 35 and Mahmudul Hasan on 31, trailing by 321 when bad light stopped play with seven overs still to be bowled.

"Obviously, it would have been nice to get that one run but you have to take what God gives you.I am thankful that I was able to play a good knock.Hopefully it will help us win the game," Mathews said.

Off-spinner Nayeem Hasan broke Mathews’s heart, forcing him to spoon a catch to Shakib Al Hasan at square leg on 199 as he made a desperate attempt to complete his double hundred with last man Vishwa Fernando at the other end.

The Sri Lankan's previous highest Test score was 200 not out.

"I just premeditated the shot.I didn't connect it.It was one of those unfortunate incidents," Mathews said.

Nayeem finished with figures of 6-105 on his home ground, the Zahur Ahmed Chowdhury Stadium, while Shakib claimed 3-60 for Bangladesh.

Running out of partners, Mathews had the double hundred in his sights after sharing 47 runs with Vishwa for the ninth wicket.

But the number 10 took a blow on his helmet before tea and did not return to the field after the break.

Last man Asitha Fernando survived 27 balls to give him support before he was bowled by Nayeem.

Vishwa then heroically returned to the crease, prompting Mathews to make his desperate attempt for the double hundred.

He struck Taijul Islam for a four to reach 196 before a single and double took him even closer, only to be denied by Nayeem.

In the 24th over of the session, Chandimal attempted a premeditated reverse sweep but failed to make contact and was given out lbw, upheld on review.

Nayeem soon had a fourth wicket when he bowled wicketkeeper-batsman Niroshan Dickwella, who made only three, four balls later.

"I only thought of bowling in good areas...Today I tried to make my deliveries a bit quicker," Nayeem said.

Shakib took two wickets in two balls in the first over after the break to push Sri Lanka into a corner.

He first bowled Ramesh Mendis for one and then trapped Lasith Embuldeniya leg before for no score.

Mushfiqur Rahim dropped Fernando at mid-on on 16 to deny Shakib his fourth wicket.

Bangladesh also missed a chance to dismiss Mathews on 119 in the fourth over of the day.

Khaled Ahmed beat the Sri Lankan with an outswinger but there was no appeal for a catch behind, despite technology suggesting Mathews had edged the ball.

Mathews hit 19 fours and a six in his 397-ball innings before the agonising end as Bangladesh wrapped up Sri Lanka’s first innings in 153 overs, 40 minutes into the final session. 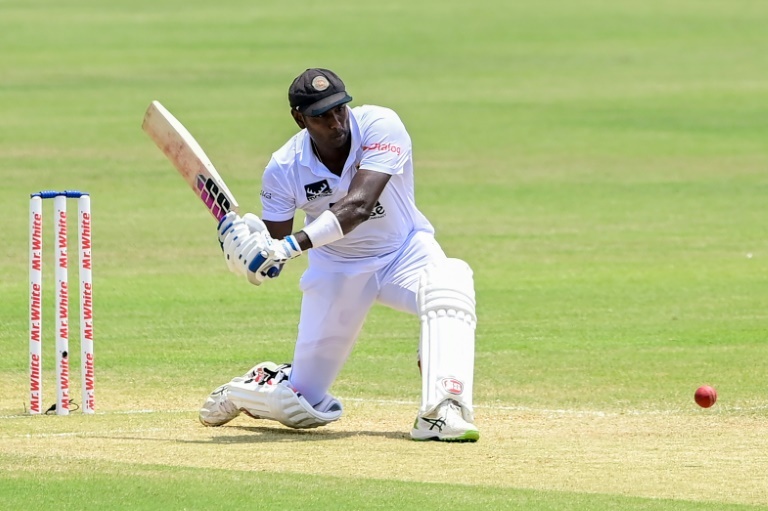 AFP
From analysis to the latest developments in health, read the most diverse news in one place.
Mathews falls one short of double ton as Sri Lanka make 397 against Bangladesh