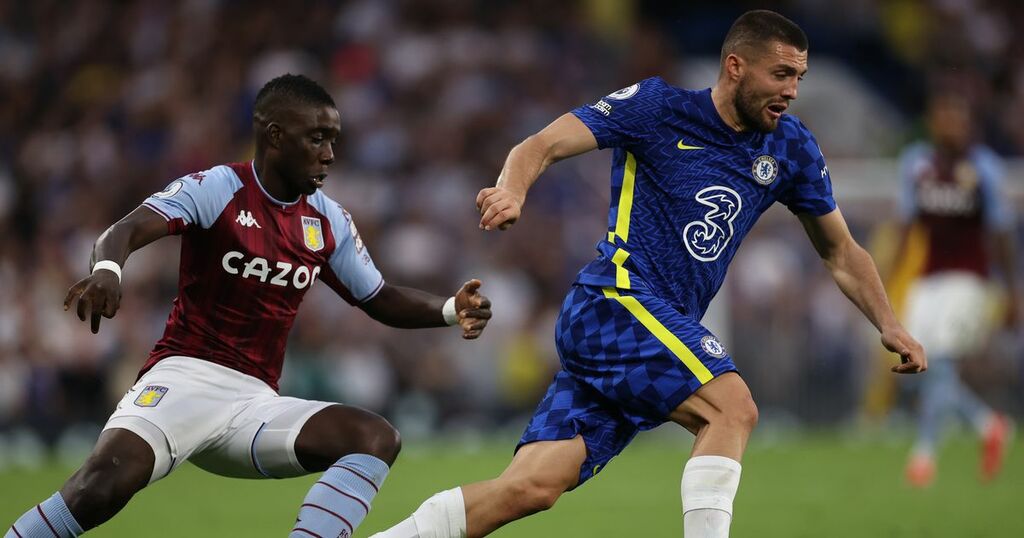 Saturday saw Chelsea host Aston Villa for what was in all honesty a lackluster match on behalf of the boys in blue.

Twelve shots on goal compared to Villa’s 18 tells a story that is contrary to the scoreline. Though we struggled in possession and gifted our opposition with unnecessary chances, it was still a job well done. Three goals and three points from probably our least impressive match of the season. I’ll take it! Let’s unpack.

Thomas Tuchel’s post-match interviews praised his players and in the same breath noted his desire to not concede as many shots as they did.

“We played like a team… we want to concede less shots, give less chances away. Don’t forget it’s after the international break," he said.

"So there are some reasons that the game can look like this. If you are still able to win 3-0 then this is a good way to progress.”

He comments honestly on Saul Niguez's performance whilst taking responsibility for putting him in the deep end against tough opposition.

“It was a hard decision but I had the feeling he struggled. There were some big mistakes, passing mistakes, easy ball losses which is very unusual for him. He struggled with the intensity. You could see he isn't fully adapted," he added.

"I put him into a very difficult match after the international break and it was hard to adapt the physicality in general, and to the intensity and high pressing of Aston Villa. Also it was hard for him to adapt to our system and principles."

Saul and first half shenanigans

It’s no secret that Saul Niguez had a below-average game. Okay, maybe that’s underselling it. He had quite a poor game. I think he may have single-handedly slowed the game down whilst in possession and with his passing. He looked out of place in a midfield that so usually looks composed and air-tight.

A quality of Niguez that Chelsea fans were probably looking forward to is his progressive passing. His urgency to get forward and pick out key runs. We saw absolutely nothing of the sort in the 45 minutes of action that he had. Instead, we witnessed numerous passes backward.

Post Match, Romelu Lukaku highlighted Tuchel’s instructions for the team which was to play forward. It seemed, out of the midfield pair, only Mateo Kovacic got the message.

Migrating into the Premier League is never an easy task. Especially for those who have not yet played football in any English league. The fast pace and physicality usually throw players off their game during their first few matches. I take a look back at some of our players who struggled at the start of their Premier League careers such as Kai Havertz and the UEFA men's player of the year, Jorginho.

Wasn’t the expected debut. Really happy with my first game & victory with the team
Incredible to see Stamford Bridge full of Blues pic.twitter.com/nTK4CaPMy0

The moral of the story is to give him some time. With time and training, Saul Niguez will continue to progress in his loan spell at Chelsea. I have faith in the new arrival, more importantly, I have faith in Tuchel’s coaching ability. Thank goodness Jorginho was available for the switch at halftime though… phew!

The man of the match award could have gone to either Kovacic or Mendy. Both players set their performances over the bar. `Mendy with a double hat trick of saves did not put a glove wrong. Mateo Kovacic on the other hand was the catalyst to get the team ticking. An assist and a well-deserved goal makes Kovacic my man of the match.

The guy was absolutely unplayable. Where we lacked in energy and looked off the pace, Kovacic revitalised the squad with his energetic perseverance that seared through into attack; However, he wasn’t the only Chelsea player that pulled important strings in midfield. Twenty-one-year-old Conor Gallagher had a field day for his loan team Crystal Palace as they thrashed Tottenham 3-0. But more on that later.

Kovacic has been playing more balls into the final third in contrast to the safe passes that we are normally used to seeing with the midfielder. This is something that fans had been yearning for from our midfield duo’s and our wishes may be granted.

Furthermore, how great was it for Kovacic to get his first goal at Stamford Bridge? A celebration oozing with happiness and relief.

Last season, Chelsea struggled to win in matches where it looked like it wasn’t their day. Examples would be, Arsenal both home and away, Manchester City away, Leicester City FA Cup Final, and of course, Aston Villa away on the last day of the League.

Twenty-three shots on target compared to Aston Villa’s six led to Chelsea’s final day loss at Villa Park. 2-1 the scoreline read and it almost cost us a top 4 spot right before the Champions League final.

Our last meeting with Aston Villa had me gripping onto my seat in frustration, calling for our attackers to do more. Even in our most dire moments, we came out short struggling to break down a strong Villa defence.

Things worked out differently yesterday evening. Without the necessity that is Mason mount, our attackers worked hard in ensuring we do not have a repeat of last time. I’m not saying there was a difference in personnel, but the presence of Romelu Lukaku helped massively. Claiming only 25 touches and 2 shots, Lukaku made the most out of a below-standard day for the team.

I guess there are several positives to take away from the match after all. Despite the lack of energy, sloppy passing and overall a bad day at the office, the boys in blue came out victorious and that’s all that matters. This is what I call, A Champions Victory. Even at our worst, we squeeze out a scoreline that sees us joint-top of the Premier League.

Follow our new Chelsea Fan Brands Writer Anita Abayomi on Twitter to get involved in the discussion and give us your thoughts in the comments section below.