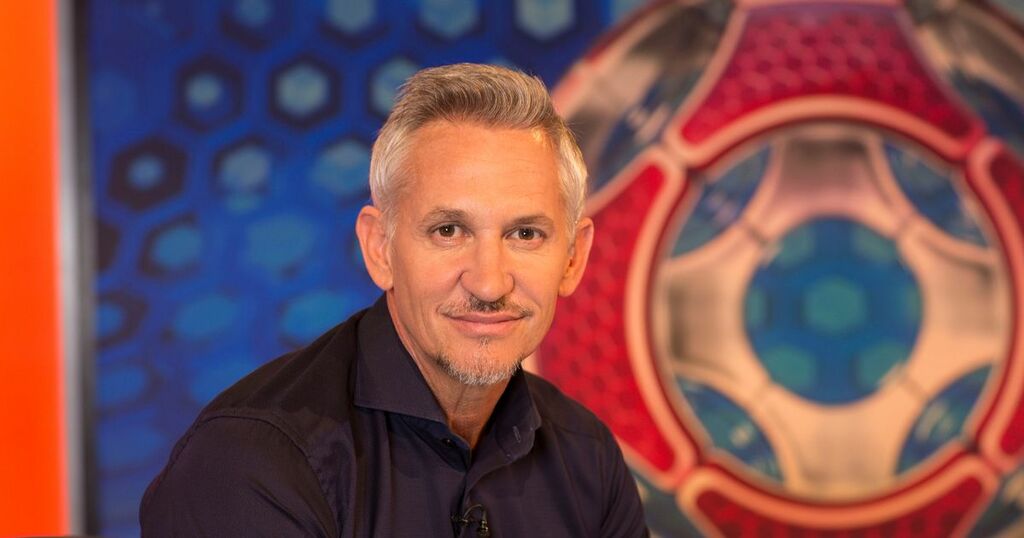 Match of the Day host Gary Lineker has backed his new quiz show to be a hit and admitted: “It was something very different for me, and I gave it a lot of thought.”

The 60-year-old is taking a risk fronting a non-sport based programme to present new ITV game show Sitting on a Fortune, in which six contestants will play for the chance to win up to £100,000.

And Lineker is convinced he has a hit on his hand like other ITV popular quizzes like The Chase and Who Wants To Be A Millionaire?.

Speaking on a new podcast, he said: “It’s not Generation Game, it’s more Millionaire. That kind of show.

“I filmed it all last week in Manchester. It works.

“People love quiz shows anyway. But most game shows end in a downer, sometimes you have a big win at the end of the show and that’s great.

“But even probably the best of its time, Millionaire, at the end they either agree for the amount, because they don’t know the answer. Or they get it wrong, and it’s a downer.

“But this show nearly always ends on a marvellous moment. There’s so much jeopardy. It’s brilliant.”

The game show will find contestants positioning themselves in a row of seats, one behind another. But only the player in the chair at the head of the line will get the chance to answer questions and remain in play for the jackpot.

Wrong answers will see them relegated to the back of the line.

Lineker added: “I’m so thrilled with it. It’s such a feel-good show. We’ve given away loads of money, made a difference to people’s lives. It was something very different for me, and I gave it a lot of thought.

“But I loved the idea and loved the concept, and I thoroughly enjoyed it.

"There were moments where people were crying and cheering. It was gorgeous, it really was. I’d be shocked if people don’t enjoy it.”

In the interview Lineker also insisted Match Of The Day doesn’t need comedians or gimmicks, and has vowed it will stick to a winning formula.

The footballer-turned-TV presenter has defended the football highlights programme after some fans and one TV critic suggested the format needs shaking up.

But former England striker Gary has booted an idea of using comedians on the programme away, insisting comical football shows are rarely a hit.

And he believes Match of the Day is one of the few football highlights shows which works well.

He said: “It’s still incredibly popular. We get three-odd million on a Saturday night.

“We get over a million watching the repeat on Sunday mornings, and then we’re getting these mad figures on iPlayer now. I think 1.5 million the last couple of shows.

“Sports highlights don’t work anywhere … they’re like a thing of the past in many ways.

“But Match of the Day bucks the trend. So it works. We’ve got great pundits.

“Some people would like it to be more anorak-y, and more tactics-based. But we haven’t got the time.

“We can’t spend 10 minutes evaluating a corner. Imagine if we had to drop a game because we overran?

“We’re limited about the amount of time we have because it’s by the nature of the programme, and the contract with the Premier League. So we can’t make it a three-hour show, and I don’t think it would work anyway.

“I don’t know what you would do differently. I always think comedy shows around football, do they work? Not very often. Occasionally, maybe.

“By and large, people love it [Match of the Day].

“You’ll always get someone who doesn’t, but that’s life.”

Lineker played for the likes of Barcelona, Tottenham Hotspur, Everton and Leicester City, and scored 48 times for England in 80 appearances.

He has fronted Match of the Day - which first aired in 1964 - since 1999, and believes he has “a little bit of an edge” over other presenters thanks to his successful football career.

“I always thought if I could learn to present it would give me a bit of a niche in this business.

“Because there are no other presenters that played at the kind of level that I have in football, so it gives me a little bit of an edge. In terms of knowledge and in terms of interviewing managers.

“They never look at me and go, ‘What do you know?’ Which is a bit of a bonus that I have.

“I always figured if I could learn to present I might get some longevity in this business, and thankfully, that’s how it turned out.

“I’ve been doing it for so long now and I’m comfortable with it.

“I still love it. I’m still really enthusiastic. I love football, I love watching it and I love talking about it. It’s a dream job.

“I’m still going at the moment. I sometimes look in the mirror and think, ‘How have you been so lucky?’

“I’ve been immensely fortunate to have been given a gift to score goals, and then find something else I could do.”