Master plan for redevelopment of Kumbakonam station on the anvil

Kumbakonam has been identified as one among the four railway stations in Southern Railway Zone for redevelopment aimed at providing new amenities and augmenting the existing ones for passengers to enhance their travel experience.

The Southern Railway Construction Organisation has been entrusted with the task of executing the proposed redevelopment project at Kumbakonam — an important station falling under the limits of the Tiruchi Railway Division. The General Manager, Southern Railway, has nominated a senior official of the organisation as in-charge officer to carry out the project.

Having identified the temple town that attracts devotees from all over the country, for redevelopment, the railway administration has now planned to engage a consultant to come out with a master plan after inspecting the station and ascertaining the existing facilities and the new passenger amenities that could be put in place.

The railway authorities will soon float a tender to fix the consultant who will carry out a complete survey of the Kumbakonam station, a senior railway officer told The Hindu on Monday.

The master plan will be prepared by the consultant in coordination with officials of the Southern Railway Construction Organisation — which is to execute the project — and Tiruchi division.

A host of aspects will be looked into prior to the preparation of the master plan, which will aim at providing the best of facilities for travellers. Provision of lifts/escalators are also expected to form part of the proposed master plan, the officer said, adding that the project is aimed at multi-level improvement of facilities for the travelling public.

The detailed plan will be submitted to top officials of Southern Railway for approval and estimates would be prepared for its execution. The process of identifying the consultant and preparation of the master plan was expected to be done in two to three months time, the officer added.

Kumbakonam is an important station on the Villupuram-Thanjavur mainline section where several express trains including some inter-State trains halt. The other stations identified for redevelopment apart from Kumbakonam are Tirunelveli, Chenganur and Thrissur in Kerala. Senior officers from the Construction Organisation have been nominated for redevelopment of these stations as well.

Since the footfalls of devotees from various parts of the country to Kumbakonam was significant, the railway administration could also explore the possibility of the construction of a multi-storeyed Rail Yatri Nivas with dormitories and separate rooms in lieu of the existing retiring rooms, said Mr. Giri also a member of the Divisional Rail Users Consultative Committee.

The railways could also provide an AC waiting hall for passengers, digital ticket booking kiosk and escalators for platforms 1 and 2 and lift facility at other platforms, he further said. The administration could also think of establishing a permanent exhibition centre at the station to display local products such as silk saris, netti works, brass traditional lamps and betel leaves. 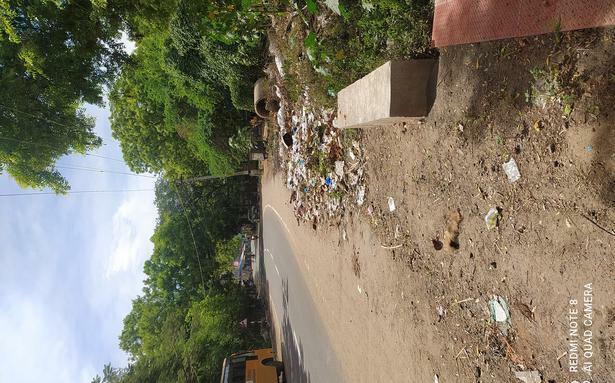 The Queen will meet staff who have been key to the Crossrail project, as well as Elizabeth Line staff who…

Daily Mirror
Trains are slowly getting better. But rail fares remain a shambles

Don’t like the £105 one-way fare from Bristol to London? Our absurd pricing system allows you to save £43 by…