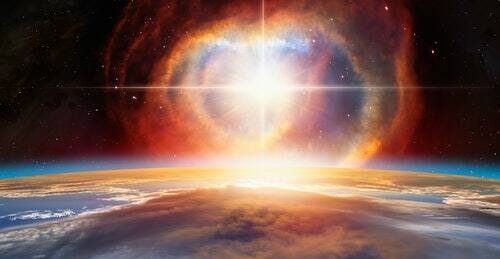 Good Wednesday morning. Today we have stories on the death of stars, the death of moths, the new life in Dune, and the life of new dads.

I’m Nick Lucchesi, and this is Inverse Daily, your morning dispatch on science, technology, and culture, from the writers at Inverse. Please share this newsletter with a friend by sending them this link.

This is an adapted version of the Inverse Daily newsletter for Wednesday, September 8, 2021. Subscribe for free and earn rewards for reading every day in your inbox. ✉️

Sometimes, as you age naturally, you lose your sense of balance and are prone to what can be catastrophic falls. And as it turns out, the same goes for stars.

And sometimes you invite your neighbor over, consume the neighbor, and the cannibalized neighbor then eats you from the inside out while you’re still in your prime.

“This is a brand new kind of supernova that we're seeing,” Dillon Dong, a Caltech graduate student in astronomy and first author on the paper, tells Inverse.

While supernovae are normally the final act of geriatric and massive stars roughly eight times the mass of the Sun or more, he says, “What we're finding is it's possible for massive stars to actually blow up much sooner.”

Moths are overdosing on light— Sarah Wells speaks with researchers who have zeroed in on the kind of artificial light that's doing the most harm to moths, and it's only becoming more common:

It’s no secret that moths have a bit of a light obsession — whether they’re fluttering around your back porch bulb or cozying up to a street light.

But light pollution from these artificial sources isn’t just a problem when viewing the heavens. A study published in August in the journal Science Advances has new evidence for why these lights might be causing damage to moth populations as well — impacting their entire ecosystem as a result.

Dune is an epic sci-fi masterpiece — Denis Villeneuve’s space opera is as giddily entertaining as the original Star Wars, writes Rafael Motamayor from the Venice Film Festival, where the movie premiered :

The best compliment one can give Dune is that it doesn't feel like a two-and-a-half-hour epic, though it certainly looks like one. Villeneuve, whose visual sensibilities have been formidably established by serious-minded sci-fi epics like Arrival and Blade Runner 2049, brings the same weight and solemnity to this film’s pacing and visuals. Dune is a dense, at times inaccessible story with long stretches of silence and myriad establishing shots of the desert; its story unfolds meticulously and without haste.

While mental health resources about postpartum depression often speak exclusively to women, research reflects a more nuanced reality. Studies suggest that ten percent of fathers will experience perinatal anxiety or perinatal depression. The rate of depression in fathers increases to 26 percent during the three- to six-month period after the baby's arrival.

Daniel Singley, a psychologist, and Postpartum Support International board member tells Inverse those numbers are even higher when the other parent develops postpartum depression.

“One in two dads develop postpartum depression when their partner also develops it,” he says. “That’s 50 percent, which is staggering from a public mental health perspective.”