Al Jazeera
One subscription that gives you access to news from hundreds of sites
Octopus facts: 5 incredible tidbits you didn't know about the cephalopod

What octopuses eat depends on what species they are and where they live. 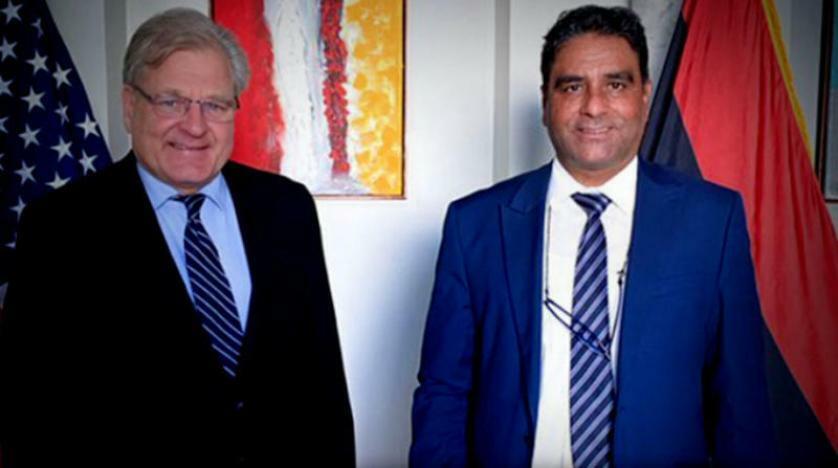 US Supports Holding Libyan Elections, Preserving Oil Resources
US Special Envoy and Ambassador to Libya Richard Norland has met with MP Abdul-Salam Nassiya in Tunis to discuss the…

US President Joe Biden, in Seoul before heading to Japan as part of his first Asia trip as president, had…

A huge sperm whale found dead off the coast of Florida had a huge tangle of plastic bags in its stomach, experts said.

Biologists at the institute conducted an autopsy on the beached whale, which revealed "a mass of intertwined line, net pieces and plastic bag type material in its stomach".

Experts said it "likely did not allow the whale to eat properly", which caused its "emaciated condition and stranding".

The FWC, located in Saint Petersburg, Florida, said: "Further diagnostic analyses on tissues collected during the necropsy will be used to rule out all other health related issues and confirm the cause of stranding and death.

"The debris material collected from the whale’s stomach will also be analysed to determine its type and origin.

"Almost all animals strand because they are ill or injured, please call for trained responders to intervene".

The sperm whale is currently listed as an endangered species under the Endangered Species Act and depleted under the Marine Mammal Protection Act.

The species were a prime target of the commercial whaling industry from 1800 to 1987, which almost crippled their populations numbers.

But the species are making a come back due to the International Whaling Commission banning commercial whaling in 1986.

Kelly Richmond, a spokesperson from FWC, said: "Found in all deep oceans, from the equator to the edge of the pack ice in the Arctic and Antarctic, sperm whales are the largest of the toothed whales and have one of the widest global distributions of any marine mammal species.

"Each day debris intentionally or accidentally ends up in Florida’s lakes, waterways, and marine environments.

"Bottles, cans, plastic bags and Styrofoam containers and other trash wash in from storm drains and recreational activities on the water and shoreline activities.

"This unsightly debris is a threat to our fish and wildlife, navigational safety, and to human health.

"Animals can mistake debris for food and ingest it.

"Over time these items can build up in the digestive system, causing health issues and even death.

People have taken to the comments on FWC's social media post, expressing sadness over the "heart breaking" news.

One person said: "Thank you FWC for sharing this information with the public.

"The citizens of our planet need to do a better job of protecting our fragile sea life from these atrocities."

Others commented on mankind's negative impact on the planet: "It'll never get better. Humans are selfish, inconsiderate and careless".

"This is heart-breaking and humankind’s fault, we must do better for the earth and her creatures".

Another agreed: "The fact that we still make things like grocery bags, cutlery, straws, and fishing nets out of plastic is absurd.

"Greed and wilful ignorance is killing this planet. It is so sad".

Despite the tragic impact of debris on our environment and wildlife, the FWC have said they "are largely preventable".

The FWC wrote: "Anybody on the water in a boat of any kind can be part of the problem or part of the solution".

Al Jazeera
One subscription that gives you access to news from hundreds of sites
Octopus facts: 5 incredible tidbits you didn't know about the cephalopod

What octopuses eat depends on what species they are and where they live.