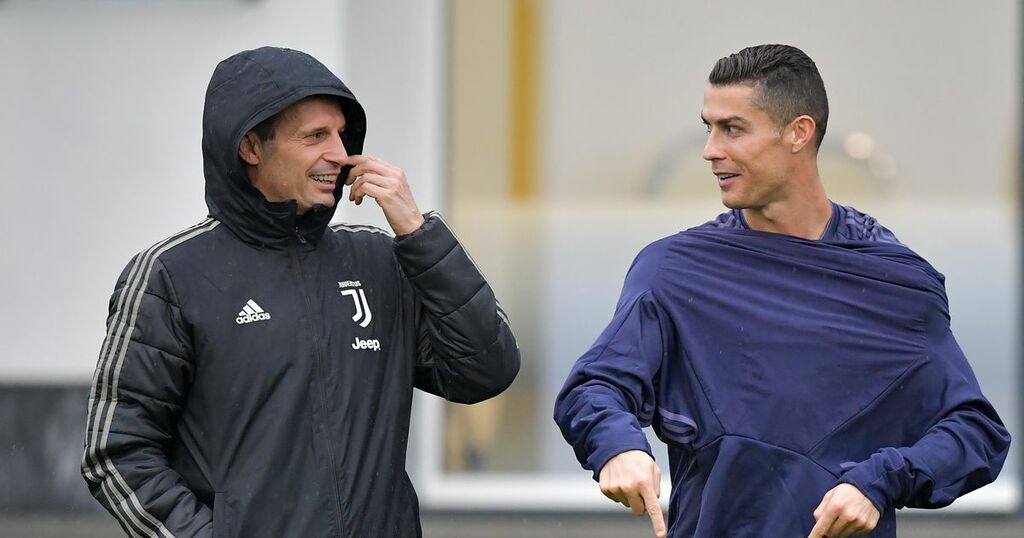 The Portugal international, who is poised to make his second debut for the Reds against Newcastle United at Old Trafford on Saturday, returned to United on transfer deadline after the club agreed a fee with Juventus a few days earlier.

Ronaldo made it clear during the latter stages of the transfer window that he wanted to leave Juventus and said his goodbyes to his team-mates just as he looked set to join Manchester City.

However, a late intervention from United saw them complete a remarkable deal for one of the club's all-time greats, bringing him back to Old Trafford on a two-year contract.

Now, ahead of Ronaldo potentially making his second debut tomorrow, his former manager Allegri has wished the 36-year-old well in his new venture.

"Ronaldo didn’t want to play for Juventus anymore, so he returned to United,” Allegri said. "It would have been his last season at Juventus, so we anticipated what we would have done next summer.

"Cristiano spent three amazing years at Juventus and we wish him the best, but life goes on.

"I don’t like to think about what could have happened, in life, you need to be practical. Here at Juventus, the group has always won trophies, not the single footballer.

"We have this characteristic in our DNA made of self-love and sacrifice. In order to be competitive and win, we must have ambition and passion."

Ronaldo, during his three-year stay in Turin, racked up 134 appearances for Juventus, netting 101 goals. He also helped the club win five major trophies, including two Serie A titles.