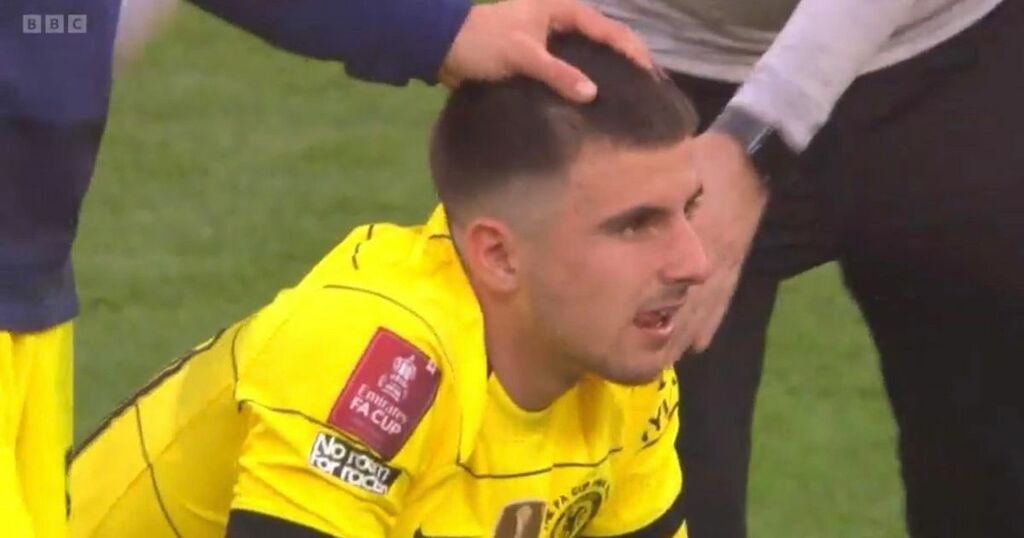 Chelsea midfielder Mason Mount was distraught after seeing his penalty saved in the Blues’ FA Cup final defeat to Liverpool.

The England man stepped up late in the shootout as the Blues aimed to secure the trophy following a 0-0 draw after extra-time. However, he could not get his effort past Liverpool stopper Alisson Becker, with the Brazilian producing a fine save.

It then only took a successful conversion from full-back Kostas Tsimikas for Liverpool to claim the FA Cup and he did just that, triggering spectacular celebrations both on the pitch and in the red half of Wembley Stadium.

The same cannot certainly be said of Chelsea though - and specifically Mount - who extended their losing record under the arch. The Blues have now lost in each of the last three FA Cup finals having previously come unstuck against Arsenal and Leicester City.

Elsewhere, Mount was left to reflect on a hugely challenging run of fixtures in Wembley finals having now suffered six successive defeats at the national stadium. That run began with a reverse at the hands of Aston Villa in the Championship playoff final during his loan spell with Derby County.

The pain continued with those aforementioned FA Cup final defeats, whilst Liverpool were also the victors in the Carabao Cup earlier this season - once again winning on penalties. That run is not just reserved for domestic action though, with Mount having also been on a gutting loss on the international stage with England.

Were Chelsea unlucky to lose the FA Cup final to Liverpool? Have your say in the comments below.

The midfielder was of course part of the Three Lions’ side that reached the delayed Euro 2020 final against Italy. It was not meant to be for Mount once again as penalties proved to be his nemesis.

With the latest defeat, the emotions appeared to get the better of the 23-year-old. He was pictured after the final whistle on his haunches and choked up, whilst being comforted by fellow midfielder Jorginho.

Despite his horrendous run in finals, Mount has once again established himself within the Chelsea side this season with an extremely impressive campaign. The midfielder has 13 goals and 16 assists to his name in all competitions so far this season and will look to be adding to those numbers over the final week of the season.

Chelsea at first take on Leicester City at Stamford Bridge on Thursday before rounding off their season against already-relegated Watford. Thomas Tuchel will be aiming to seal third place and with it a place in next season’s Champions League.

They currently sit four points clear of nearest challengers Arsenal, with victory against Leicester in mid-week enough to see them seal a place back at Europe’s top table.