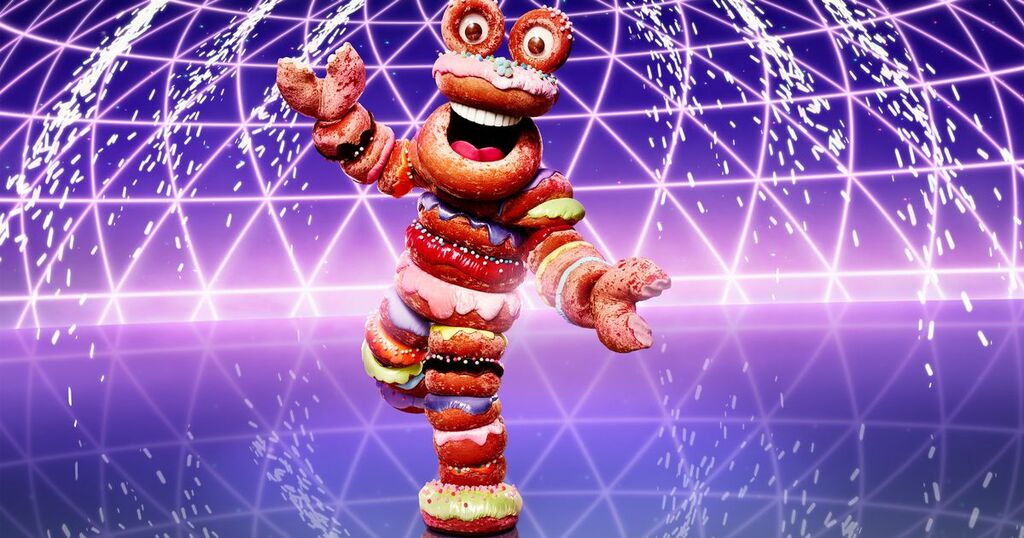 Viewers of ITV's The Masked Singer believe they have figured out the identity of one of the contestants.

Fans think Doughnuts is I’m a Celebrity… Get Me Out of Here! star Jordan North - and he is doing nothing to shut down the rumours.

The suspicion from viewers comes after a comment from a member of the live audience, reports the DailyStar.

READ MORE: The Masked Singer fans speculate that Poodle's identity is a Take That star

One fan wrote on Twitter: “Thought I heard Mo (or someone in audience) shout ‘Well done Jordan!’ at the end of the performance #MaskedSingerUK."

"They did!" someone else agreed.

And the DJ couldn’t resist dropping a huge hint of his own on social media that their theories might not be far off.

One fan immediately replied: "Not trying to tell us that you’re Doughnuts are you?"

"Hi Jordan, big fan of you on Radio 1, can you give us a clue to say if you are Doughnuts?!" someone else commented, as another fan wrote: "Is that a hint there Jordan #MaskedSingerUK."

However, other fans are sure a football star is lurking behind the sweet-toothed costume - with Michael Owen and Gary Lineker at the top of fans’ lists.

Gary, for one, has been quick to shut down rumours that he could be Doughnuts in disguise, as one fan suggested: "Football, crisps, is it Gary Lineker?"

Someone else echoed: "Thought Gary Lineker for Doughnut - walking and eating crisps. Singing sounded nothing like him though."

But Gary soon clapped back: "You’ll never see me on that show… or Strictly, ever."

One fan cheekily responded to his tweet: "METHINKS THE GENTLEMAN DOTH PROTEST TOO MUCH!" - but Gary simply replied: "Your prerogative!" with a cry-laughing emoji.

He’s far from the only celeb to have spoken out on their potential to be Doughnuts, as radio star Chris Moyles was left “insulted” by the insinuation that he is appearing on the show.

He then joked: "I’ve never been so insulted! I was in an Andrew Lloyd Webber musical! And people are going, 'That could be Chris Moyles?'

"Now I don't know who said it was me. If it was Davina (McCall) she's in trouble because she just went, 'Definitely not a singer'."

Chris, who appeared in Jesus Christ Superstar back in 2012, went on: "I don't think that's even a famous person, I think that's somebody trapped. It's one of the staff from a dress rehearsal the other day trying to get out of the stupid costume.

"Just to clarify then, in case you haven't worked out from what I was saying… It might be me…"

ITV The Masked Singer continues to air each Saturday on ITV 1 and the ITV Hub.