Maryville home for sale after 110 years in same family 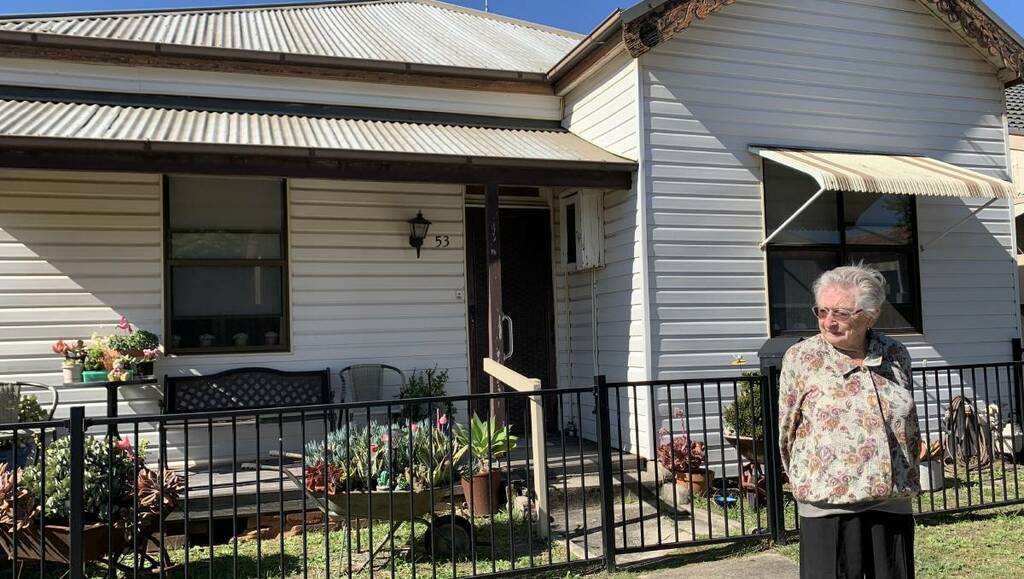 After 110 years in the same family, Maryville's 53 Estell Street is set to start a new chapter.

Dating back to the 19th century, the three-bedroom home is set to go to auction on October 23 as its long-time owner, Shirley 'Margaret' Mayo, moves into residential care.

Janene Gibson, one of 'Aunty Marg's' many adoring cousins, said it was a tough decision to sell a home that had been central to so much family history.

Mr Warburton, a tailor and costumier, began working from home and is believed to have later set up a shop off site.

Mrs Gibson said some of his belongings, including dressmakers' scissors, tools and boxes of buttons, had recently been found underneath the house.

"I think one of the buildings [in the backyard] that is still there but is probably only being held together by vines ... it looks like that would have been where he worked from as far as the making of the clothes," she said.

Miss Mayo is believed to have moved into the property with her parents - Arthur and Jean - at around five years old when Mr Warburton died.

She worked in her father's Daniel Street bakery in Islington for many years and finished her career working in the BHP tuck shop.

She is set to turn 89 in December.

"She's lived in that house more or less her whole life except for those first few years," Mrs Gibson said.

"It's been a very hard decision but there's no other alternative really."

Mrs Gibson's son, LJ Hooker Cessnock's Bryce Gibson, has been charged with selling the home, which has undergone few changes since its 1911 purchase.

The home, which has a price guide of $1.2 million, is attracting mainly local buyers.

"We've had really solid interest since [last] Tuesday when we sent it live - it's not surprising, but it has been very humbling to see that many people interested in taking on the next chapter of the family home," Mr Gibson said.

"There's a couple of Sydneysiders in the mix, but the overwhelming response has been people that already live in the Throsby villages right now.

"It's a pleasant surprise, it was always something I was hoping for that it would be a local who'd really appreciate the location."