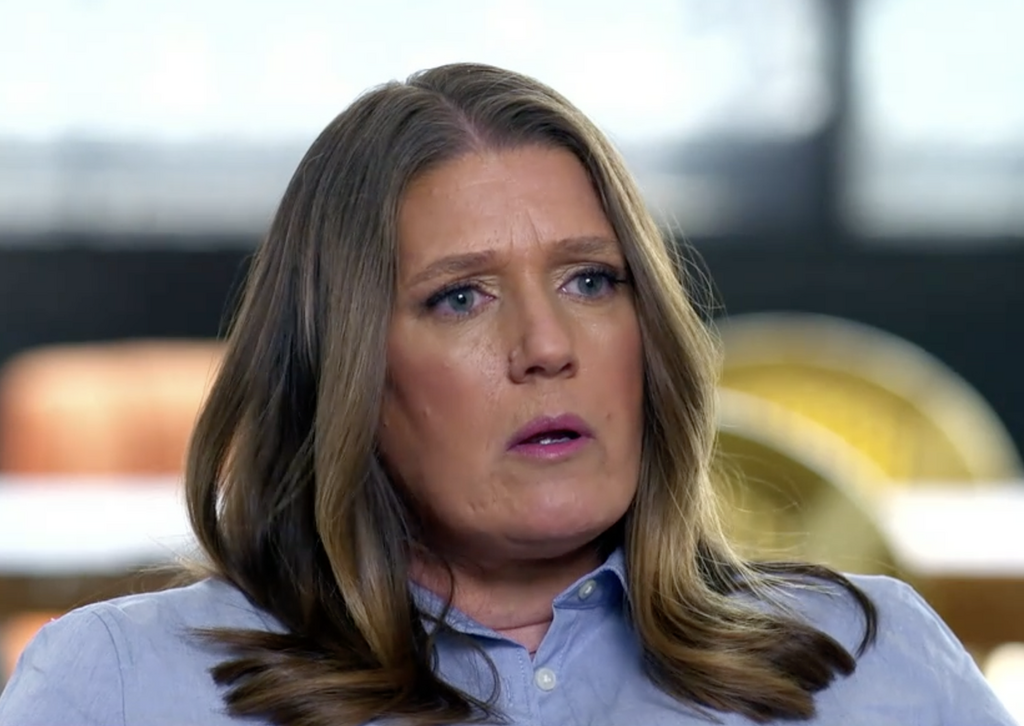 One year to the day after a mob stormed the US Capitol in hopes of keeping Donald Trump in office against the wishes of American voters, his niece and clinical psychologist Mary Trump was doing her best to unplug while on vacation in British Overseas Territory.

Until her uncle Donald assumed the presidency in 2017, it was far easier for Ms Trump, the daughter of Mr Trump’s late brother Fred Trump Jr, to avoid the news — and vice versa. Unlike most of her family, she led a relatively quiet life far from the media spotlight many of her relatives routinely sought.

Horrified by Mr Trump’s ascent to the pinnacle of American politics, she would go on to cooperate with a trio of New York Times reporters working on what became an October 2018 story about how her uncle, his brother and his sister – a federal appellate judge – allegedly defrauded her, her brother, and the government out of millions upon millions of dollars through a variety of dodgy tax schemes.

The story won a Pulitzer Prize, but her status as the Times’ source remained a secret until the summer of 2020 when she outed herself in a tell-all book, Too Much and Never Enough: How My Family Created the World’s Most Dangerous Man.

The book shed new light on the origins of the Times bombshell as well as other unknown tidbits about her family’s most famous member, including an allegation put forth by Maryanne Trump Barry (a retired appellate court judge and the president’s sister) that Mr Trump paid someone to take his college entrance exams.

When The Independent reached her on the anniversary of the Capitol riot, Ms Trump said the last she’d heard of her uncle Donald before her trip was when he announced the cancellation of a 6 January press conference to mark the Capitol insurrection’s one-year anniversary.

It was before the president, Joe Biden, broke a year-long streak of not mentioning his predecessor, with a speech delivered from National Statuary Hall, in which he called out Mr Trump for creating and spreading “a web of lies about the 2020 election”.

It was also before Mr Trump embarked on a multi-day tantrum, issuing statement after statement from his “Save America” political action committee, attacking Mr Biden’s remarks as the “last gasp” of a “corrupt and discredited left-wing political and media establishment” and repeating outlandish conspiracy theories that have found an audience among white nationalists and viewers of right-wing media in the year since he left office under the cloud of the insurrection he fomented.

He was doing what she’d predicted in the days between his loss and the 6 January riot, when Ms Trump told The Independent her uncle was “psychologically incapable of processing” his defeat, and predicted he would engage in all sorts of mayhem on the way out of office.

“Interfering with a peaceful transfer of power is obviously bad, as is undermining the legitimacy of the incoming administration… but who knows what other kind of smash-and-grab activities he’s going to engage in?” she said at the time.

“If it was just him doing those things, it would have been starkly obvious that it was just him doing those things, and they would only serve to humiliate him further and delegitimise him,” she continued. “But it’s not just him, and they are helping him undermine a process that has been in place for over 240 years, and they’re doing it in a way that will have lasting damage no matter what happens.”

But when asked by The Independent about his most recent outbursts, she wasn’t immediately aware of it because she doesn’t pay nearly as much attention to what her uncle says on a daily basis.

“I typically don’t ever seek him out,” she said. “And since he cancelled his temper tantrum at Mar-a-Lago, I just assumed – well, why would I assume he was going to do the smart thing and keep his mouth shut?”

By some measures, Donald Trump has little reason to. Although there appeared to be a brief moment in the days following the worst attack on the Capitol since 1814 when he might have been on the way to being persona non grata in the Republican Party, that moment quickly passed.

Today, Mr Trump sits on a $100m war chest to be doled out as largess to Republicans loyal enough to parrot his false claims so they can win election to posts where they could help swing elections in his favour should he reclaim the GOP mantle in the 2024 presidential election.

But Ms Trump, a former graduate instructor who has taught courses in trauma, psychopathology and developmental psychology and holds a PhD in clinical psychology, has a different take on her uncle’s fitness for another campaign or term in the White House.

In her estimation, not having the stress of the presidency upon his shoulders – something that would be a significant relief for most – would not have much of a positive impact on Mr Trump’s mental health because he is incapable of processing his loss to Mr Biden.

“Somebody with the degree and the seriousness of the psychological disorders he has does not get better without any kind of therapeutic intervention,” she said. “Like any other untreated illness, things just don't miraculously get better, especially when you take into consideration the fact that he's been under enormous amounts of stress – he probably suffered the greatest narcissistic injury of his life in 2020 – and regardless of how many lies he tells himself or other people, he is a loser.”

Between his political action committee and the small office afforded him under the Former Presidents Act, he has kept a few former White House aides on his payroll, including chief strategist Stephen Miller and former golf caddy turned deputy White House chief of staff Dan Scavino.

But Ms Trump said the presence of his former aides, plus other Trumpworld players such as spokesperson Liz Harrington and occasionally ex-White House chief of staff Mark Meadows isn’t helping things because those people “don’t care about him” and “have no interest in his well-being”.

Under such circumstances, she doesn’t see her uncle growing any more lucid anytime soon.

“It would be, I think, impossible for him to have stayed at the same level or gotten better – I absolutely think his condition has deteriorated,” she said.

Yet when The Independent turned the topic of conversation to the myriad investigations Mr Trump is wrapped up in – including the work of the House select committee that is investigating the Capitol insurrection – she was not so sure the select committee’s work would have an impact.

According to committee sources, the panel plans to begin issuing a series of reports and conducting prime time, televised hearings at which they’ll show what Mr Trump knew, when he knew it, and what he did – or did not do – during the 187 minutes when the Capitol was under siege from a mob of his supporters.

The Independent has contacted a spokesperson for Mr Trump to seek comment on his niece’s suggestion that his current associates “don’t care about him” and “have no interest in his well-being” and her statement about his deteriorating mental condition. Mr Trump’s spokesperson had not yet responded at our deadline.

Although she doesn’t hang on every news item about her uncle like she did when she was hoping for him to lose to Mr Biden in 2020, Ms Trump did see the select committee’s most recent business meeting, when committee members rolled out a series of text messages they’d been given by her uncle’s former chief of staff, Mark Meadows.

She described herself as having experienced the meeting in two different ways.

“I kind of experienced in two ways, I experienced it as a lay person who knows that horrible crimes were committed, and I don't understand why it's taking so long. Because it is difficult to understand that there is a huge difference between legal time and political time, or to understand … in a visceral way, that even if you know the crime was committed, there still is this very methodical, deliberate process that needs to be gone through in order to make sure that things are nailed down,” she said.

“On the other hand, though, I don't know that I'm surprised, but I'm quite impressed at the depth and breadth of this investigation. I'm also incredibly impressed with the professionalism of this committee – like that the last hearing they had, I thought it was incredibly compelling.”

Yet Ms Trump was sceptical about the prospect that anything the committee does will have much effect on the former president, unlike the 2019 impeachment investigation which sent Mr Trump into an angry spiral of conspiracy tweeting and unhinged public appearances like his 2 October 2019 press conference with Finnish president Sauli Niinistö.

“I'm not entirely sure that [hearings] have a direct impact on him because he's so insulated,” she said. “But it will certainly start to peel people away from him – not the cult, but the 74 million people who voted for him weren’t all in the cult, they just don’t pay attention.”

“There are plenty of people out there who really, if they're just watching Fox News, they don't really know what happened. But ... if hearings are televised on a regular basis, then it's very it's going to become very hard for a lot of people to continue to be shielded from that those truths,” she added.

While Ms Trump was bearish on the select committee’s prospects for having any effect on her uncle, she had a bit more confidence in the combined weight of the other investigations into his conduct – the New York state and local probes into his business, and the Georgia-based investigation into his efforts to bully Georgia secretary of state Brad Raffensperger into “finding” extra votes for him.

“A lot of these other cases are starting to come to … the business end of the investigations, so things are accumulating in a way that I worried never might happen,” she said. “So I think with all of those things together, even he may not be able to pretend none of that's happening.”

Those investigations, she said, could be what ultimately pushes him to announce another run for the presidency, even if he’s physically or psychologically unwell.

“If he’s able to keep himself together, why wouldn’t he? He needs to [run] to continue to fend off all these challenges, but … in a just world, all of these criminal and civil things would be resolved well in advance of that,” she said.

“Unfortunately, that is still a legitimate question, but it’s still a wrong one. The question should be why he should be allowed to run”.