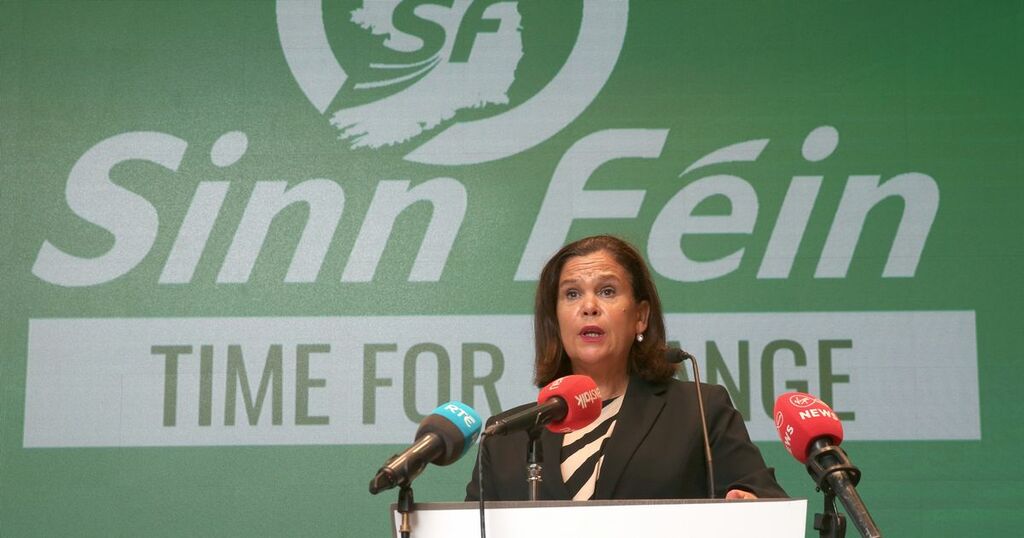 Mary Lou McDonald has accused the Government of being “out of touch” and “out of ideas” ahead of the Dáil returning on Wednesday afternoon.

And she added that the government parties were “out of time and a repeat offender when it comes to the politics of cronyism.”

The Sinn Féin leader, Ms McDonald, blasted the Fianna Fáil-Fine Gael-Greens coalition at her party’s think-in on the day before TDs come back to Leinster house.

One of the first items on the agenda on Day One of the new Dáil term will be a motion of no confidence in Foreign Affairs Minister, Simon Coveney, being tabled by Sinn Féin.

She said: “The Taoiseach failed to do his job in failing to sanction his minister.

“And therefore the opposition will do ours.

“We’re really left with no option but to move this no confidence motion.

“People will correctly say that the pressing issues on people’s minds are housing, health and so on, and that’s absolutely true.

“We’re very conscious of that.

“But we also know that the insider, crony culture of Fianna Fáil and Fine Gael, and administrations now for a century, has to stop.

“We need a new politics and the public and the citizenship deserve the assurance that government and the apparatus of the State acts in the common interest, not to ready up jobs for friends and certainly not to have senior politicians move mountains to cover their own tracks having got caught out.

“That’s what happened here, it’s a mess of the Government’s own making.

“Simon Coveney has never given a credible explanation for what happened.

“We move this motion mindful that this government is now out of touch, out of ideas, out of time and is a repeat offender when it comes to the politics of cronyism, they’ve brought it to a higher level than I could ever have imagined.”

Meanwhile, Sinn Féin TDs Pearse Doherty and Mairéad Farrell announced at Tuesday morning’s think-in that they are bringing forward two pieces of new legislation in the wake of the Zappone controversy.

The first would extend the ‘cooling off’ period that ex-ministers must serve before taking up a role linked to their previous job as a politician.

And the second would look to reform the Freedom of Information system as it is widely acknowledged that it is outdated and unfit for purpose.