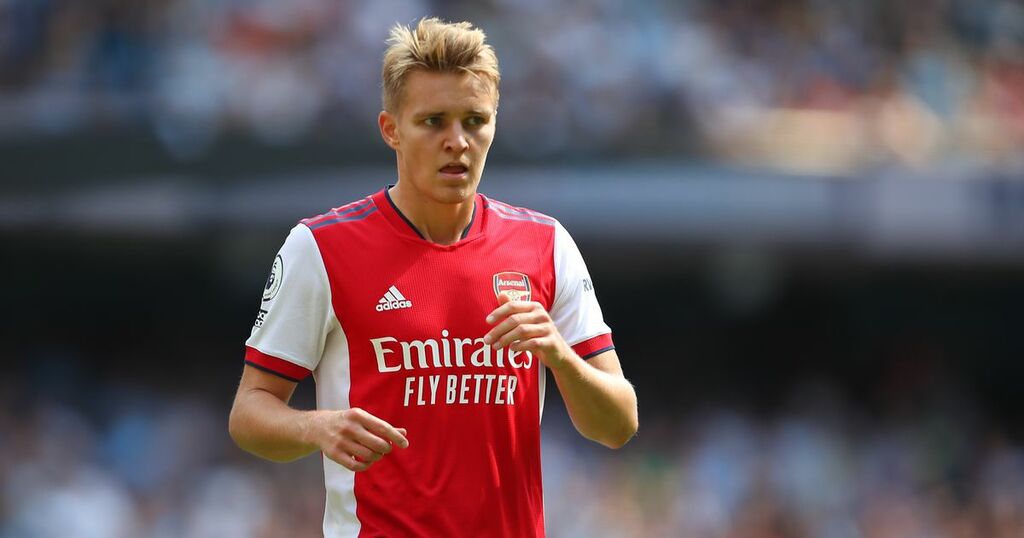 Arsenal have had the worst start to a Premier League season in their history at the start of 2021/22 but that has not stopped Martin Odegaard setting some lofty goals for the club and himself.

The Norwegian spent the second half of last season on loan at the Emirates Stadium and did enough to convince Mikel Arteta and Edu to splash £30million on a permanent transfer this summer.

His start to the new season in north London has not got off to the best of starts, however.

A 2-0 defeat to Brentford on the opening day was followed by a loss to Chelsea by the same margin. A 5-0 hammering at the hands of Manchester City before the international break means the pressure is now on ahead of this weekend's visit of Norwich City.

But Odegaard is nothing if not confident. In fact, in a recent Q&A with presenter James Green, he even expressed a desire to win the Premier League title in the next "couple of seasons".

When asked what his ambitions were since returning permanently, the attacking midfielder said: "Get the team back to the top.

"Europe is the key this season and then we want to fight for trophies in the future, get back in the Champions League and hopefully win the league in a couple of seasons."

Odegaard has also been identified as a potential future captain of the Gunners. The Norwegian already holds the role for his national team, and admits that leading out the team as Arsenal captain would be a great honour at some point in the future.

However, the 22-year-old says he is merely focusing on the present day as the Gunners battle to improve their current situation.

"It would be a great honour if the opportunity came, but right now I’m focusing on the present and improving the performances of the club," he said.