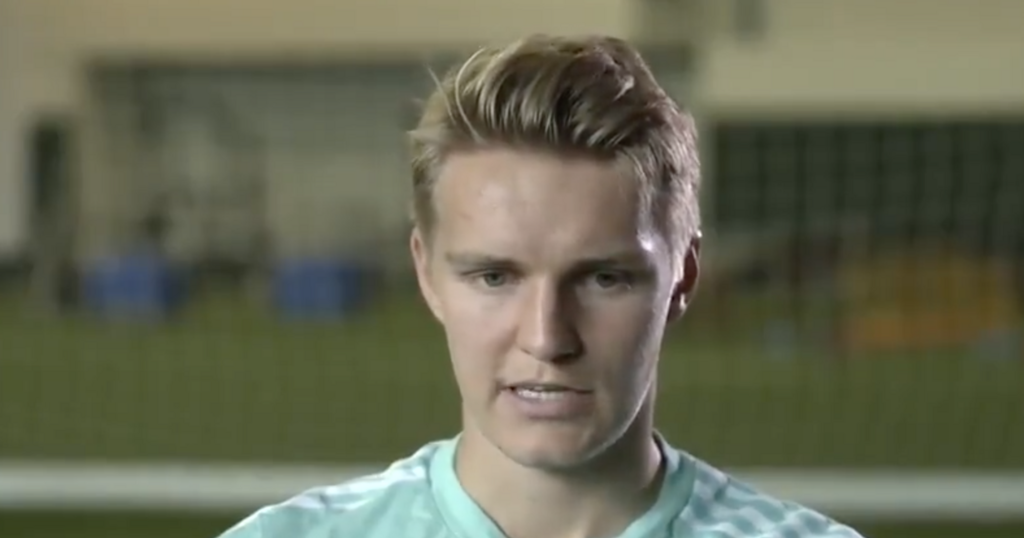 Martin Odegaard is looking to win the Champions League "within a couple of years" as he sets out lofty ambitions at Arsenal.

The Gunners are currently a million miles away from playing in Europe's elite club competition, let alone winning it.

Odegaard, who impressed in a loan spell last term, made his second debut for the club in the 5-0 defeat at Manchester City last time out.

It leaves Arsenal rooted to the bottom of the Premier League having not scored a goal in their opening three games.

Despite that the Norwegian has high hopes in north London.

This term he wants to help the north London outfit rise up the table and again qualify for the Champions League.

He was quizzed on his ambitions and told Sky Sports : "To get the club up the table, near the top of the league and fight for European football and fight for trophies.

"I think for this season obviously we want to get back to European football. That will be important for us, the players, the club and the fans.

"Then hopefully with time, win trophies, Champions League and hopefully win the league within a couple of years.

Arsenal haven't played in the Champions League since 2017.

They have been regulars in the Europa League but last term's eighth place finish means they are without European football of any kind.

Despite that Odegaard is adamant a club of Arsenal's stature must be near the summit of the table and competing with the continent's best.

The Gunners playmaker added: "I think thats from everyone, this club needs to be at the top, needs to play European football and I think everyone agrees.

"It is not something we've talked a lot about but that's just how it should be in this club. That's the standard."

Arsenal will take on Norwich this weekend looking to pick up their first point.

The Canaries to have lost their opening three games but will head to the Emirates as huge underdogs.

Mikel Arteta will finally be able to pick from a fully fit squad and is looking to start a fresh after a difficult start.

"I am really looking forward to having everybody available and trying to start the season the way we want," he said.

"We don't want to use any excuses but we know how difficult the start was with injuries and a lot of covid issues we had, and extremely difficult games to play.

"We have to reset now, we need to start and hopefully get everybody back on track, and start to improve our game, which is what we have to do."