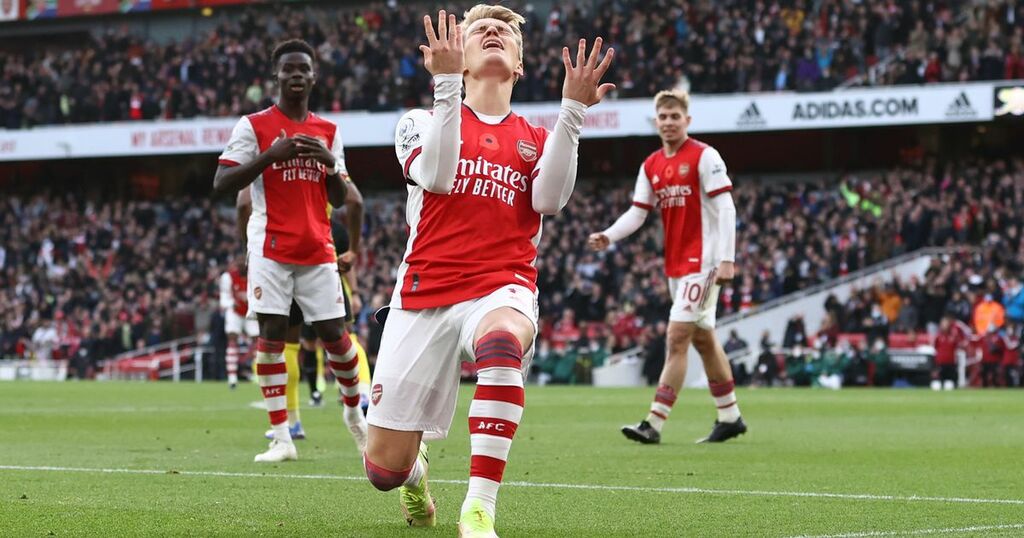 Martin Odegaard may be in the midst of an intense feeling of deja-vu, having failed to start a game for Arsenal since the 2-2 home draw with Crystal Palace in mid-October.

You have to go back even further to find the last time he completed 90 minutes for the Gunners, that came during the memorable derby day victory over fierce rivals Tottenham Hotspur in late September.

This will undoubtedly be a cause for concern for Odegaard, who spent the majority of his time at Real Madrid either occupying the Santiago Bernabeu bench or out on loan elsewhere.

It is via another loan stint (the fourth of his career by that point) that Odegaard's and Arsenal's paths first crossed, the Norwegian international joining Mikel Arteta 's side on a temporary basis in January of this year.

HAVE YOUR SAY! Should Odegaard feature more for Arsenal? Comment below

The early signs were promising and by late March, the 22-year-old had already endeared himself to many of the Arsenal faithful after his goal in the first of two victories over Spurs in 2021.

Having bagged a fierce strike against Olympiacos in the Europa League just a week prior, Odegaard already had a number of admirers in north London.

Particularly in the form of Arteta, so much so that the Gunners boss fought tooth and nail to bring the attacking midfielder back and did so with success - the Arsenal hierarchy signing off an £30m deal for Odegaard, ending his six years in the Spanish capital.

His second start to life at Arsenal began impressively enough, a stunning free-kick away at Burnley handed Arteta's side all three points at a ground they drew last time around.

Turf Moor heroics were followed by an inspired display against Spurs, covering every blade of grass to bring the best out of the likes of Emile Smith Rowe and Bukayo Saka.

However, a steep decline was just around the corner - two successive starts in the back-to-back draws with Brighton and Crystal Palace respectively left many questioning Odegaard's contribution.

From that game onwards, Arteta has opted in favour of deploying Alexandre Lacazette in a role that effectively renders Odegaard redundant, or at least unable to feature at the same time.

The Frenchman's hustle and bustle, all-action, physical approach has worked a treat for an Arsenal side that have only just had their 10-game unbeaten run ended by title challengers Liverpool.

Odegaard has been forced to watch on from the side-lines for much of that impressive run, while all five of the other players signed in the same window have starred to varying degrees.

Newcastle United at the Emirates awaits the Gunners next, one would imagine the low-block approach Eddie Howe's side will adopt suits Odegaard's ability to pick locks down to the ground.

If he remains benched for the visit of the Toon Army, Odegaard may have grounds to panic he finds himself in a similar boat to his time in Spain.