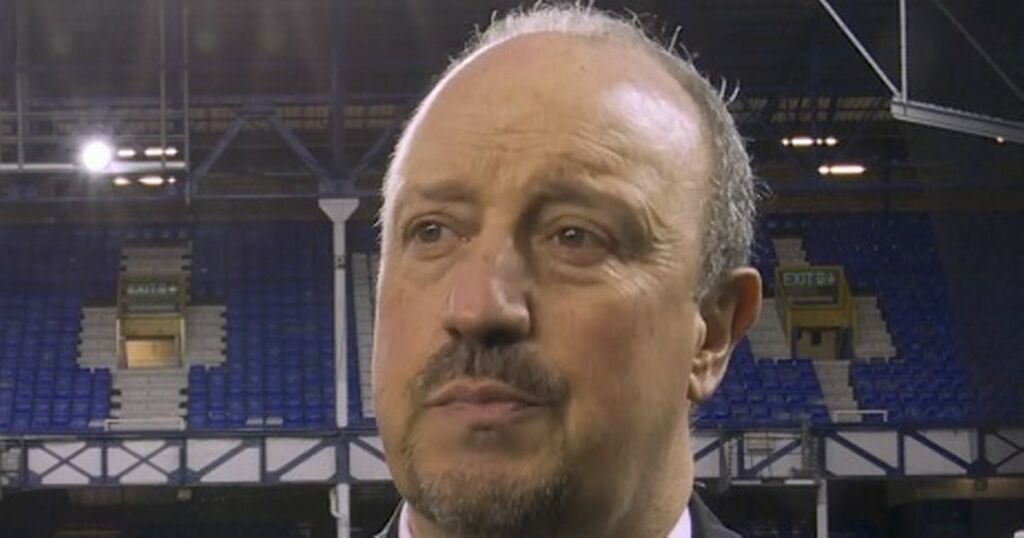 Martin Keown has claimed that Everton boss Rafa Benitez is an ‘outstanding manager’ but has ‘lost his way’ at the club.

The Toffees have had a poor season thus far, winning just one of their last 12 games and have slipped to 15th in the Premier League table.

However, Everton’s board have backed Benitez by making funds available to allow the Spaniard to improve his underperforming side.

Vitaliy Mykolenko and Nathan Patterson have already joined the club just a week into the January transfer window, and more reinforcements are being targeted before the end of the month.

Former Blues defender Keown has claimed that the club have shown faith in Benitez by giving him money to spend.

“[Rafa's] had great support from the owners," he told talkSPORT .

“I think he’s there for the long haul, I do feel he’s an outstanding manager but he’s completely lost his way.

“They’ve just struggled so much with injuries, they don’t seem to be able to stay in a game long enough to get a result."

The Toffees travel to Hull City in the FA Cup third round on Saturday and are in desperate need of a morale boosting win.

A cup run would provide a pleasant distraction from their awful league form, however defeat to a side currently 19th in the Championship would be disastrous for a side already low on confidence.

Keown insists Benitez must find a way through to the fourth round and that he should consider fielding his strongest XI.

He added: “He’s going to have to do something, they can’t go out of a competition this size.

“This is an enormous club Everton, with great expectations.

“So there is a pressure going into this game, I’d suggest he play his best eleven and get’s on with it because he doesn't want anymore noise around him.”