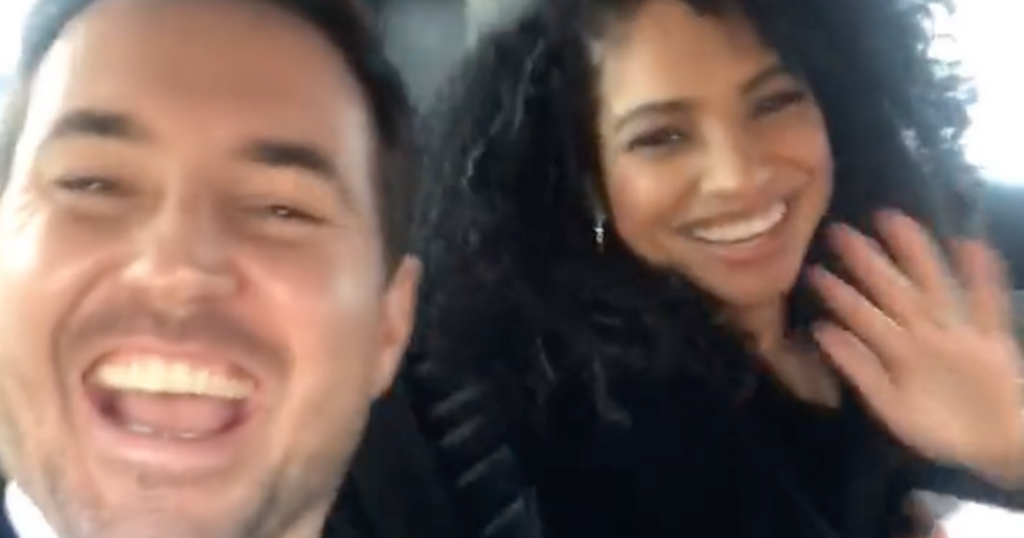 Martin Compston has filmed himself raving to GBX anthems on the way to the National Television Awards.

The Scots actor shared a clip of him and wife Tianna partying to the popular Clyde 1 DJ's dance tracks on rout to the big event.

In the short video, which the Line of Duty star shared on his Twitter, the pair look all done up as they bop in the back of a car.

The couple were stuck in traffic for almost two hours, but the tunes were keeping them going as they headed to the awards show.

Martin admitted the banging dance tracks were the "only way" to get himself pumped for the event.

Posting on Twitter, he said: “Nearly two hours in London traffic to @OfficialNTAs.

“Only one way to wake up before the red carpet @GBXANTHEMS.”

At the awards, Line Of Duty scooped the Drama gong in the wake of the BBC1 police thriller's explosive sixth season.