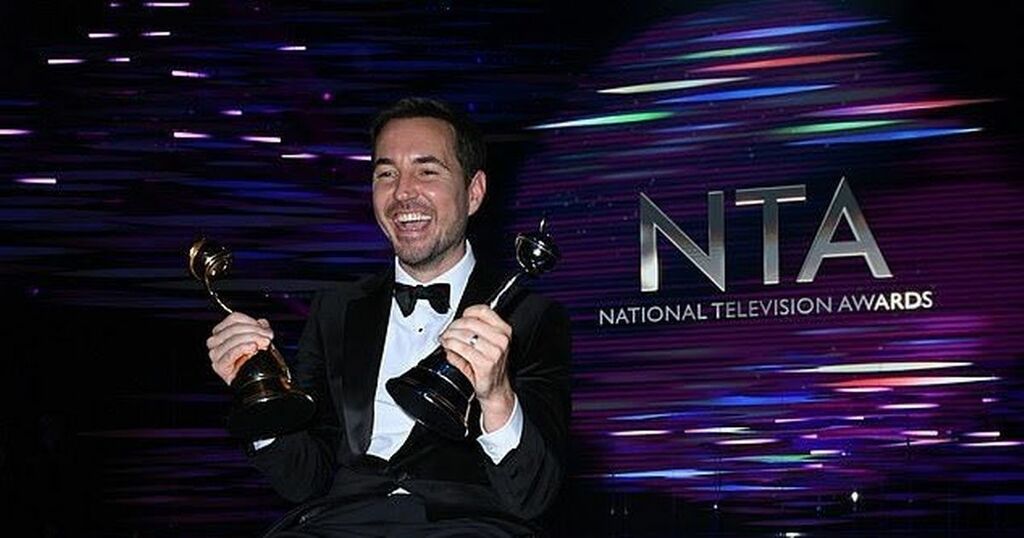 At the National Television Award (NTA) show last night, the cast and crew of BBC's cop drama, Line of Duty, took to the stage to collect their award for Best Returning Drama.

After scooping up their much-deserved award, Martin Compston, who plays fan favourite DI Steve Arnott, hinted that the series may return to our television screens in the near future during his speech.

When accepting the Special Recognition Award, the Greenock-born actor, who also scooped Best Actor at the TV Choice Awards earlier this week for his role in LoD, left fans speculating after he teased that he could reprise his starring role once again.

The sixth series saw the Jed Mercurio hit come to a conclusion earlier this year after 'H' was finally revealed to be DS Ian Buckells, played by Nigel Boyle.

Speaking on stage, Martin said: “This means so much, like we started as a wee show on Wednesday night on BBC Two and now we’re the biggest drama on TV and it’s all because of the fans - we owe everything to you.

“We genuinely don’t take this for granted and who knows, maybe we’ll be back again.”

Co-star Adrian Dunbar, who plays Superintendent Ted Hastings, also hinted at the return adding: “Thanks so much for the NTAs for this, absolutely over the moon for this.

“Most of all the great British public who so overwhelmingly supported us. And as Martin says, who knows? We might be back?”

Is this secretly confirmation that Line of Duty will return or that discussions are happening behind the scenes?

Because if so, we would gladly see AC-12 return for a seventh series - and so would the 12 million households who tuned in for the series six finale.