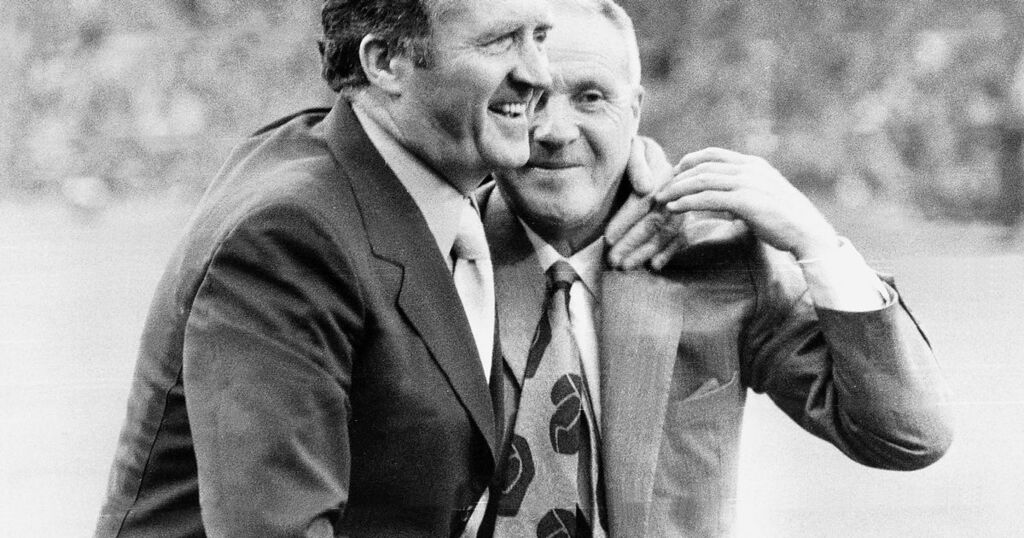 Line of Duty's Martin Compston has backed a film about Jock Stein, Bill Shankly and Matt Busby made by co-star Vicky McClure's husband.

The Three Kings documentary is an insight into three of the greatest Scottish football managers and how they led their clubs to success.

It was made by producer Jonny Owen, husband of actress Vicky, who plays DI Kate Fleming in Line of Duty.

The documentary tells the incredible story of how three men born in the central lowlands of Scotland within 30 miles of each other, lead their clubs – Manchester United, Liverpool and Celtic.

The titans of football grew up to become lifelong friends and their story was written in a book by Jonny and Leo Moynihan who also made a documentary on Diego Maradona, released last year.

The film was initially released in cinemas on November 1, but lockdown measures announced by the Scottish Government, closing cinemas shortly after meant it was only on show for two days.

Now Glasgow's St Lukes is hosting the film on October 13 to raise funds for the John Hartson Foundation.

Vicky McClure posted it on her Twitter saying: "A one off showing of Jonny’s brilliant film The Three Kings in the fabulous St Luke’s in Glasgow on Weds Oct 13th. All in aid of The John Hartson Foundation.

Martin enthused: "Brilliant film for a brilliant cause, get along if you can."

You can get tickets here.