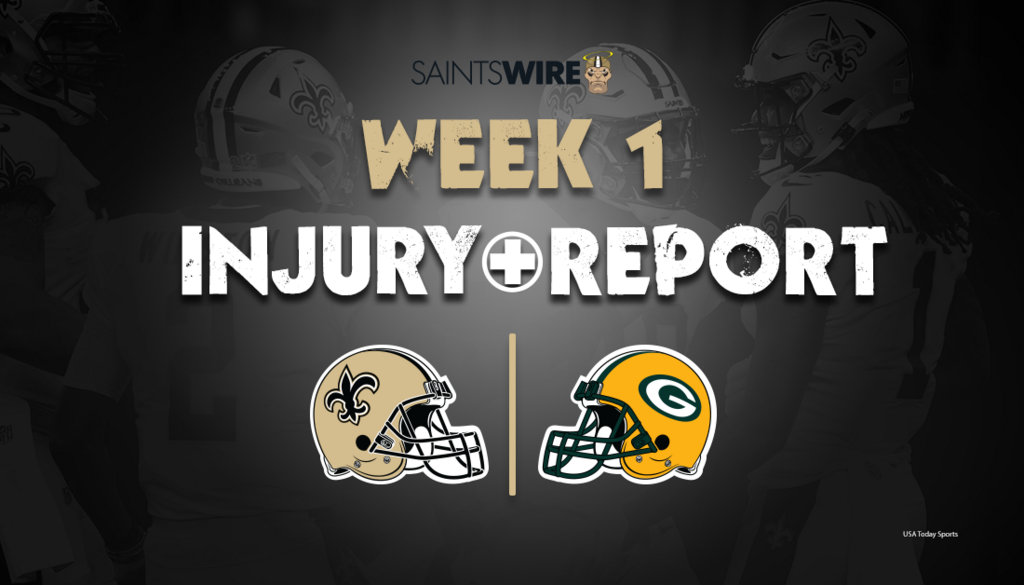 The New Orleans Saints and Green Bay Packers face off in just three days! The updated injury report is out and considering there were only four players listed between the two teams on the initial report, quite a bit has changed.

Saints receiver Tre’Quan Smith’s addition came as a surprise after practicing fully yesterday. He has been nursing a hamstring injury during camp. However, cornerback Marshon Lattimore also made an appearance on the injury report and was limited in practice today with a knee issue.

New Orleans cornerback Ken Crawley once again did not practice which puts his status for Sunday in significant doubt. Rookie Paulson Adebo will likely get the start in his place as the recently-acquired Bradley Roby will be ineligible to play Week 1 due to suspension. If both Crawley and Lattimore are unavailable, the Saints may have to start Adebo and Desmond Trufant against Green Bay.

As far as the Packers’ side of the house, there was no change for the players initially listed and two more players in Marcedes Lewis and Preston Smith were added.