A Scottish fire chief who sexually assaulted a drunk woman during a party held to celebrate him completing 30 years service is facing a jail sentence.

Crew Commander Derek Hill attacked the woman by barging his way into a toilet cubicle she was using and forcing himself on her.

Hill, 57, forced his tongue into the woman’s mouth before reaching under her skirt and pulling her underwear down to her knees.

The married father-of-two then fondled the woman while unbuttoning his shorts during the sex assault in Kelso, Scottish Borders, in 2020.

The victim, who cannot be identified due to legal reasons, managed to flee the toilet area but did not confide in anyone until one week later when she told a friend what had happened.

She then informed the fire service to the assault and an internal investigation took place before the police were alerted and Hill was arrested and charged.

Hill admitted entering the toilet cubicle and kissing the woman on the neck but denied sexually assaulting her and stood trial on indictment at Edinburgh Sheriff Court last week.

The victim, who is in her 30s, told the court she attended the party to celebrate Hill serving 30 years service at a car wash facility owned by a fellow fire fighter in Kelso on July 18, 2020.

She said she attended the bash at around 2pm and over the course of the event she drunk gin and tonics, Jack Daniels and cola, glasses of wine and a glass of port.

The woman said around 9.30pm she went into the shared toilet but as she was leaving the cubicle she found Hill blocking the door.

She said Hill “pushed the door open” forcing her back inside before he stepped into the cubicle and locked the door.

She said: “He turned to face me and at this point I didn’t understand what was happening - I was confused. He was right there.

“He started forcefully kissing me on the mouth. His tongue arrived and I just completely froze.

“He was touching me under my dress. He pulled down my underwear and he was unbuttoning his shorts."

The woman, who broke down several times as she gave her evidence via a video link, told the jury she eventually managed to unlock the toilet door and flee the area.

She added: “I think he came into the toilet and wanted to have sex with me. That’s the impression I got.”

The court heard the woman did not say anything at the party as she “didn’t want anyone to know” about the attack.

She said: “I think I was in shock at the time and tried to act as normal as I could.”

She later confided in a friend before reporting the assault to Hill’s superiors at Kelso fire station.

Hill, from Kelso, also gave evidence and said throughout the day the woman had sat on his lap three times and had asked him for a kiss in return for a gift she had bought him.

The fire fighter admitted “overstepping the mark” by going into the cubicle and kissing the woman on the neck but denied sexually assaulting her.

But following three days of evidence the jury returned a unanimous verdict on Friday of Hill being guilty of sexual assault.

Sheriff Daniel Kelly placed the disgraced fire fighter on the Sex Offenders Register and released him on bail with sentence deferred to next month for reports.

The sheriff said: “All options remain open to the court and I will keep an open mind.”

Area Commander Stephen Gourlay said: “The Scottish Fire and Rescue Service demands the very highest standards of all our staff and one of our core values as an organisation is respect.

“A complaint was received against Derek Hill and following an internal investigation, Mr Hill was ultimately dismissed in October 2020.” 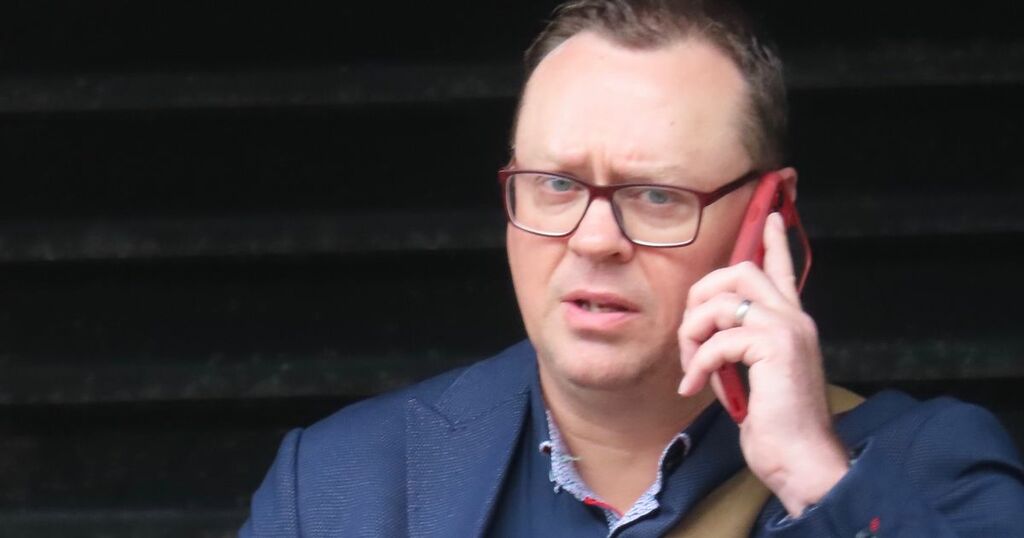