Married couple out for morning walk slashed and punched by yob 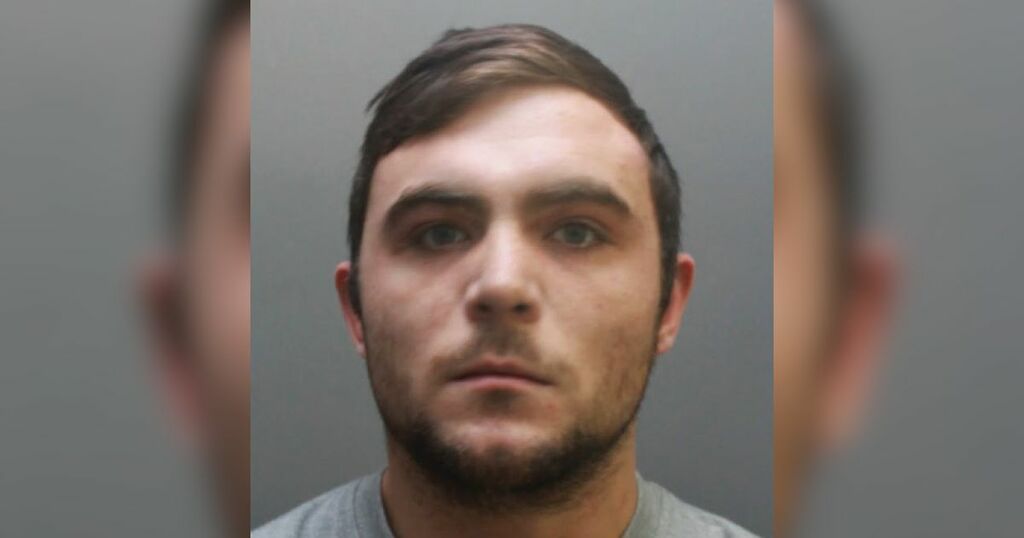 A married couple out for an early morning walk were set upon by a coked-up yob wielding a kitchen knife.

John North asked Kewal Singh and Surjit Kaur for a lighter, who said they didn't have one and started to walk away.

The 26-year-old pulled out the blade, followed the pair and attacked Mr Singh from behind, slashing his left cheek.

Liverpool Crown Court heard North, who subjected the couple to vile racist abuse, was mentally ill at the time.

But a top judge said North had failed to take medication and his aggression was "fuelled" by alcohol and cocaine.

Ryan Rothwell, prosecuting, said Mr Singh, then 58, and his wife used to go for a walk every morning on Marsh Lane in Bootle.

He said North "seriously assaulted and racially abused them for no apparent reason", at around 5am, on August 31, 2018.

Mr Singh realised North was behind them and looked around, when "his face was then slashed with a knife below his left eye".

The prosecutor said: "He was bleeding and fell to the floor.

"As he tried to regain his footing, he noticed the defendant picking up a knife from the floor.

"He tried to call the police, but the defendant had meanwhile removed his clothes and continued the attack, and punched Mr Singh repeatedly to his face, despite his attempts to defend himself."

Mr Rothwell said North "made it plain it was racially motivated, repeatedly referring to the couple using the word 'P***'."

He shouted "no phone" when they tried to call the police, and the couple attempted to flag down passing cars, but none stopped.

When North again went for Mr Singh, his wife intervened and the topless thug punched and pushed her to the ground.

The couple thought North was under the influence of something "because of the smell emanating from him".

Mr Rothwell said both victims described it as a "frenzied" attack, during which North appeared to be looking for another weapon, "even attempting multiple times in vain to pull a brick out from a wall".

Eventually they contacted their daughter, who alerted police, before officers arrived and found the injured victims, as well as blood and a kitchen knife on the ground near Marsh Lane Primary School.

North was traced to a house in Aylward Close, where Mr Rothwell said he was literally caught "red-handed", with "blood on his hands".

He told officers he'd had a "fight" but didn't use a knife, claiming: "He came up to me with his wife and he tried to f***ing nut me."

North also said: "I'm going to end up f***ed because of some f***ing immigrant."

He later accused police of "taking the p***", called them "c***s", accused one officer of being a "paedo", threatened them and "went on to complain about P***s giving him s***".

Mr Singh was treated at hospital for a 3.5cm slash to his cheek and had a broken tendon in his left ring finger, which now has a deformity.

His wife was in "severe pain" from the punches and struggled to walk for a few days.

Mr Singh said he has been left permanently scarred, which is "a constant reminder" of the attack.

Mr Rothwell said: "He also made reference to the distress and shock caused by the racial abuse."

Mrs Kaur said she was "terrified", described how "she felt afraid and hurt by the racial abuse" and now doesn't feel safe at home or going out for walks.

North, of O'Neill Street, Bootle, was set to stand trial in July, but three weeks beforehand admitted wounding with intent, racially aggravated assault by beating, and having an article with a blade.

He has 11 previous convictions for 18 offences, including attempted robbery as a youth.

Lloyd Morgan, defending, said his client, who stayed out of trouble between 2012 and 2018, was remorseful.

He said a psychiatrist concluded North was "suffering from a mental disorder that was linked to the offending".

He said his client was also affected by the harmful use of alcohol and cocaine, but his mental disorders were not drug induced, and the "psychosis was underlying".

Mr Morgan said: "Unfortunately he went off the rails after stopping taking his medication, but recognises now he must take the medication if he is going to get better."

Judge Denis Watson, QC, said it was a "frenzied" attack and North was "extremely aggressive" when arrested.

The judge said he didn't "belittle" North's mental health condition, but "it was contributed to substantially by your own failures to engage with mental health treatment", while alcohol and drugs "fuelled your aggression on this particular occasion".

He said a psychiatrist concluded it was "unlikely" his mental impairment was of a degree "that would have substantially impaired your ability to understand the nature and consequences of your actions".

The judge told North he continued to hurl racist abuse "not just to the couple who you attacked in the street, but also to anyone you thought might be listening at the police station, some considerable time later".

Judge Watson said any psychosis that day appeared to have been "triggered" by "your own decision to take alcohol and drugs, fuelling therefore the aggression that the mental health problems seem to generate".

The judge jailed North for seven years and two months.

He will have to spend at least two thirds of that sentence behind bars.