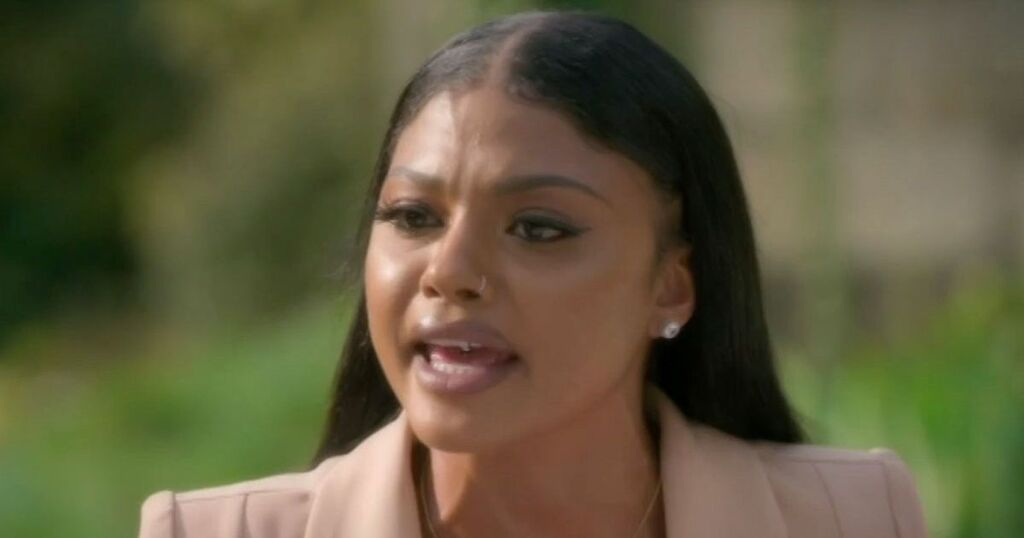 Married At First Sight UK will see Alexis and Megan come to blows once again.

Another instalment of drama has been teased for the E4 reality TV series as two trips mean ‘Yes week’ will continue to ring the drama to our cast members.

The new preview teases how the boys and girls separate for trips away together in a bid to de-stress and get rid of “negative energy”.

The voiceover teases how an “upsetting secret is revealed” with Morag shown to address the group.

We are then treated to a shot of a shocked and dejected Amy as Morag speaks.

Finally, the fieriest element has to be the tease of a further clash between Megan and Alexis.

As Megan is heard trying to speak, Alexis says: “I did not give you no go ahead to go and kiss my husband.”

Megan can be seen shouting back: “It was your idea!”

Alexis shoots back: “No it wasn’t! You’re lying!”

A disgruntled Megan can be seen sighing and saying: “Dear God…”

The rest of those seated at the table look uncomfortable before a shot is shown of Alexis getting up and fleeing the table.

Alexis states as she departs: “You are p***ing me off!”

Will the ladies manage to overcome their differences following the latest clash? Also, what will it mean for their respective marriages?

Elsewhere, the lads' trip means the boys have some home truths to deliver to Megan's husband Bob....

Married At First Sight UK continues on Thursday at 9pm on E4 with previous episodes available on All4.

What do you think will come of the latest clashes for our Married At First Sight contestants? Let us know in the comments below.