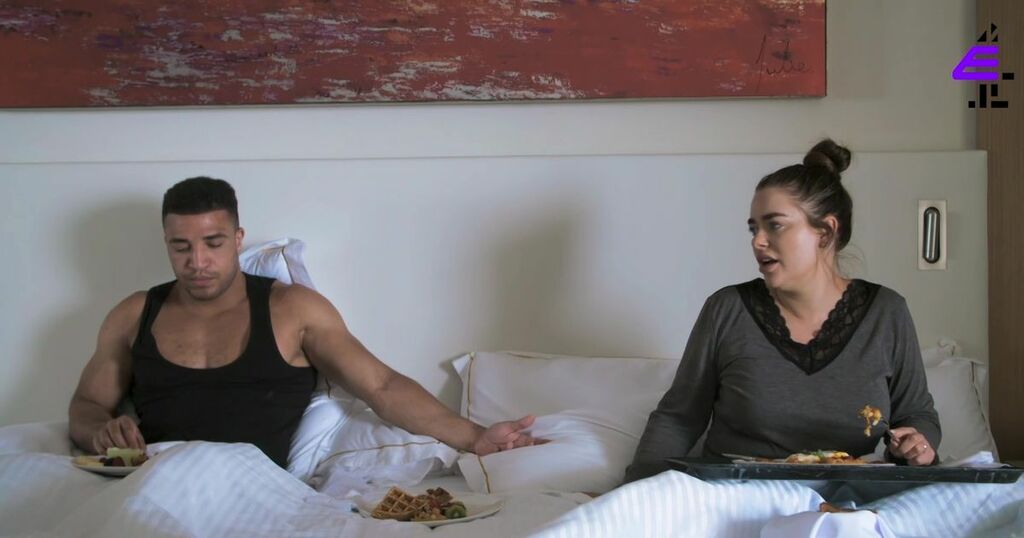 Married at First Sight UK couples Marilyse and Franky and Amy and Josh head off on their honeymoons tonight, but the holidays are anything but romantic.

A trailer for tonight's episode reveals cracks are beginning to show in both relationships as the couples get to know each other on their first trips away.

The couples, who are taking part in a social experiment, tied the knot on the E4 reality show last week, with their lavish honeymoons uncovering how they really feel about each other.

It appears there are doubts beginning to grow in Marilyse's head while Josh and Amy have a screaming match.

Following on from their wedding, Marilyse and Franky have been whisked off to spend quality time together in a bid to learn more about each other.

Despite the fact Franky cringed out his new wife and guests after making a "creepy and controlling" speech, Marilyse is pleased with her new man.

"The honeymoon has been better than I expected, definitely. He's just made he feel really relaxed," she explained.

But she shares her concerns over Franky living in Dubai, and wonders if it could work in the real world.

She continues: "I'm just worried about actually letting myself like him like that because he lives in Dubai."

Then posing the question to her new man, he tells her: "Obviously, first I'm gonna say, 'Can you come to Dubai?' But if you have reasons like three amazing doggies and two kids, it has to be me making the effort. It's not rocket science that one, is it?"

In a VT, Marilyse says: "We'll see. I'm hoping that what he tells me now is genuine and not things that he wants me to hear."

Will the pair be able to make it work?

Meanwhile, things don't seem to be running as smoothly for married couple Amy and Josh.

The pair are on their honeymoon in Mexico when the cracks start to show.

As they wake up in the morning, the sweethearts start to talk about the night before, with Josh asking Amy if she slept well.

"Well I passed out early with my makeup on still, so I woke up at like three and was like, 'I need to go and take my makeup off'."

Not impressed, she added: "I got back into bed and there was like a massive pillow down the middle."

Amy assumed Josh had put the pillow in the way to create a divide between them.

Setting the record straight, he told her: "I woke up and next thing you know, this pillow was covering my face."

She then said: "I didn't do it on purpose though to p**s you off. I was like, 'What's this pillow doing on my face?' and then chucked it."

In a VT, Josh explains: "I think Amy just gets really lonely and really needy."

With tension building between the pair as they sit in bed, he continues: "If you need a hug in the middle of the night, why don't you just say that?"

Josh described the pillow fight as "such a little problem" as Amy described her new husband as "so negative" and begged him to let it go.

"I feel drained. All you do is challenge me," she admitted.

As their bicker got heated, he added: "But that's rich coming from you though."

Could this be the end of the road for Amy and Josh?