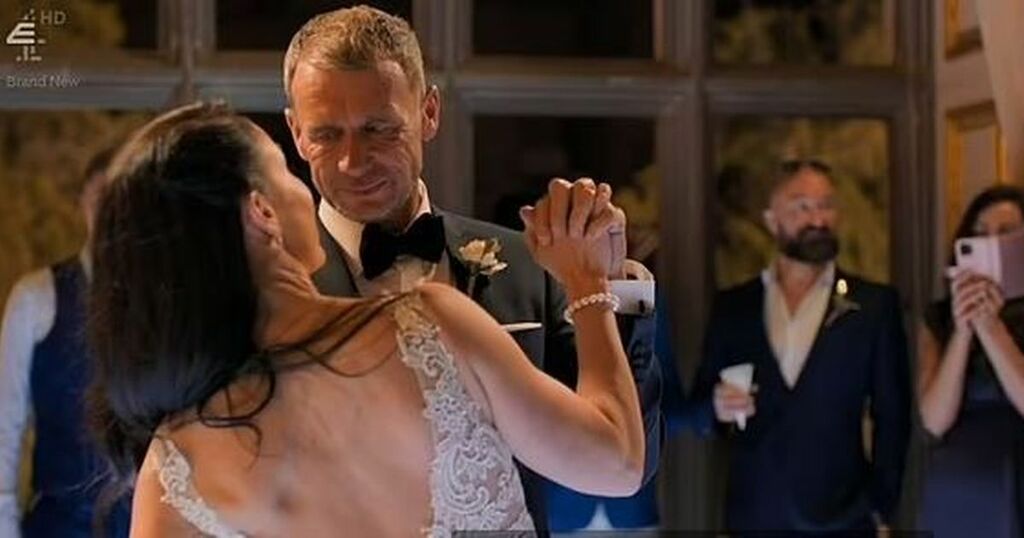 Newlyweds Marilyse and Franky have been sent on a honeymoon to the Lake District - despite other Married at First Sight couples jetting off to the likes of Mexico and The Maldives.

Marilyse, 37, got hitched to 47-year-old Franky on the hit TV show, with fans expecting them to travel across the world for a luxury getaway like all the other couples.

But viewers were left perplexed when they heard where they’d be honeymooning.

One Twitter user said: "How are some couples on Married at First Sight getting the Dominican Republic and the Maldives for their honeymoon and someone’s just been told they’re going to the Lake District? I’d be fuming."

Despite the anger, the UK hotspot is proving more popular than ever as many Brits turn to staycations as Covid-19 issues linger.

The Lakes have been an incredibly popular choice for British tourists, who flocked to the national park when travel restrictions prevented, or limited, a holiday abroad.

Our sister site 2Chill reported that much-loved walking spot Raven Crag, at Thirlmere, was named as one of the top picnic hotspots in the country, thanks to its inclusive routes and spectacular views over Thirlmere reservoir, as well as subsidiary summits The Benn and Castle Crag.

The stunning nature spot boasts an elevation of 461 metres, with views of Derwentwater on its other side.

Proud of the town, city or county where you live? Vote for it as the UK's Favourite Place

It’s also a stone’s throw away from the picturesque town of Keswick, recently named the UK’s prettiest destination.

2Chill member Ella Walker recently went paddleboarding at the National Trust campsite of Low Wray, rating it four stars. She said: “Everyone thinks about the stately homes, but did you know the National Trust also runs family friendly campsites?

“Low Wray by Lake Windermere is a really quiet spot, with lovely views and walks. Facilities are excellent - especially for paddleboarding - and you can even sleep in a pod in a tree.”

Laura Davies, who also stayed, added: “We stayed here in May. My daughter is now obsessed with wanting to kayak after seeing the rental place on the campsite. The adventure playground at Low Wray Castle nearby is brilliant too.”

Whilst some might not consider Windemere as lavish as a Swiss honeymoon, like one of the other couples on the show received, there’s still plenty of things to see and do in the Lakes - and plenty of idyllic country pubs to visit.

Andrew H loves the Cuckoo Brow Inn , and told 2Chill: “Perhaps our favourite pub in the Lake District. Quirky and friendly, the Cuckoo Brow has a great menu, which is now increasingly vegetarian. Indoor and outdoor seating available. A popular spot for people walking on the West side of the lake, it also has plenty of parking.”

He added: “You have to see this place. Furnished with upcycled materials and as quirky as it gets, The Crafty Baa might be small, but it's absolutely brilliant. Its range of drinks, warm welcome and sheer novelty factor earned it a big accolade in 2018 - it won the AA's Best Pub in England gong. And deservedly so.”

He said: “The gardens are beautiful, and lead you down to Lake Windermere. But there's also plenty to do for all the family, from boat hire to a fairy trail.”

And what about some history and culture?

One of the top picks is Wray Castle, which Laura Davies visited.

She said: “Wray Castle is owned by the National Trust but unusually when it was handed over it had already been stripped bare of furniture - so you don't get to experience what it would have been like to live there. Instead, you can roam around the enormous rooms and (when it's open post-covid) the brilliant Peter Rabbit experience with burrows and Mr Macgregor's garden.

“Outside there's a food van and an adventure playground as well as lovely walks through the woods down to the lake.”

While fans of Married at First Sight might think Marilyse and Franky were cheated out of a culture-filled honeymoon full of adventure and experiences, they had an enjoyable time paddleboarding and cycling in the Lakes.