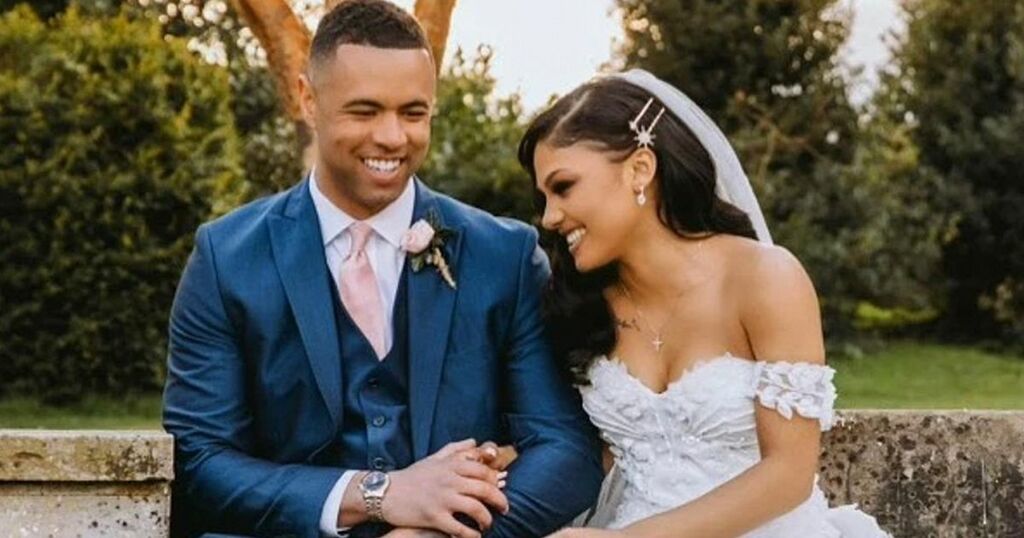 Married at First Sight bosses have issued a plea to viewers to be kind with their online comments about the show's stars.

In a graphic shared by one of this series contestants, the Married At First Sight team asked fans to remember the couples featured in the E4 series "are real people" and to "be kind" when commenting.

"To everyone, remember our brides and grooms are real people, with friends and family who are reading all your comments" the statement began.

"We know this show can sometimes spark debate," it continued.

"But let's all remember to be kind. "Thanks again. MAFSUK Team x".

The post, which used the reality TV show's trademark font and branding, was shared by Married at First Sight star Robert 'Bob' Voysey.

The 26-year-old star posted the passionate plea to his 9,971 followers on Instagram on Thursday - with many rushing to the comment section to offer the Business Protection Specialist support.

"Big up bob," one fan began their message to the star.

"Nobody there deserved you. an absolute ANGEL. pls don’t dull your sparkle."

Bob is one of the stars of the new series which has been given a makeover to make it more like its hugely successful Australian countrerpart.

The love-seeking singleton was matched with Megan Wolfe by the experts and went on to marry the blonde beauty at the start of the season.

However, the course of true love has not run smoothly for Bob and Megan.

Earlier this week, E4 viewers were heartbroken for the bubbly business worker when 26-year-old Megan seemed to publicly reject her husband.

While dining with the other newly-wed couples, the Wellness coach and actress seemed irritated by her spouse.

On the way to the gathering, Megan asked Robert: "Are you gonna embarrass me?"

Things didn't improve once they go there - with the unhappy bride continuing to make digs towards her partner.

The tension led to Bob becoming visibly upset and at one point, sob to the camera when his wife wasn't looking.

Megan also confessed jealously towards other couples, after seeing how loved up Tayah and Adam were at the weekly dinner party.

"You cant help but say thats what I wanted," she claimed.

She then went on to make it very clear that she doesn't feel a connection with Bob, telling her co-stars that they were "more like friends" and revealing that her husband spends the night on the sofa.

"He just pisses me off sometimes," she laughed as he sat besides her.

The night was clearly tough for Bob, who welled up as he discussed the awkward trip out.

"It's hard when the one person who you want to like you doesn't," he said, with tears in his eyes.

It got even worse for Bob last night during the commitment ceremony.

After both of them agreeing to stay in the experiment, Jordan dropped the bombshell news that he'd shared a kiss with Megan and had only opted to stay so he could get to know her better.

Jordan and his wife Alexis left the show, but Bob and Megan have stayed to face the music.

They will now spend another week in the show dealing with the fall out from the scandal.

Will they be able to make their marriage work?