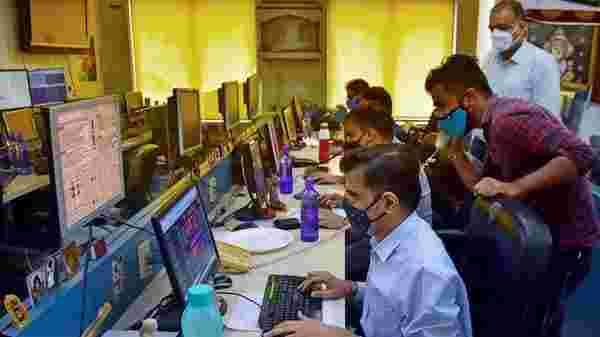 MUMBAI: Markets are likely to be wobbly on Thursday while trends in SGX Nifty suggest a negative opening of Indian benchmark indices. On Wednesday, the BSE Sensex ended at 58,250.26, down 29.22 points and the Nifty was at 17,353.50, down 8.60 points.

Asian shares dropped on Thursday, while the dollar held firm, in line with a cautious global mood as investors worried about the combination of slowing global growth and the potential tapering of central bank stimulus.

The European Central Bank is particularly in focus, with analysts expecting it to announce a token step towards reducing its emergency economic support later on Thursday.

MSCI's broadest index of Asia-Pacific shares outside Japan lost 1.04% while Japan's Nikkei dropped 0.38%. There were losses in Australia down 1.01%, Korea off 0.74%, and in Hong Kong which shed 1.17%, with tech names leading the declines there.

Earlier this week, investors had bet the lower-than-expected payroll reading from Friday would mean the Federal Reserve would delay trimming its massive asset purchases, sending MSCI's world equity index to a new all time on Tuesday. However, the mood has turned more cautious since then, and several Fed policymakers on Wednesday signalled the US central bank remains on track to reduce asset purchases this year.

Businesses have already expressed interest to the government in investing around ₹10,350 crores under the production linked incentive (PLI) scheme in the textiles sector announced on Wednesday, according to a Mint report.

This accounts for a bit more than half of the ₹19,000 crore investments targeted under the scheme.

State-owned UCO Bank will no longer be subject to strict lending curbs imposed by the Reserve Bank of India (RBI) in May 2017, as the central bank said on Wednesday that the lender has been taken out of the prompt corrective action (PCA) restrictions. Following UCO Bank’s exit, two banks -- Indian Overseas Bank and Central Bank of India -- remain under PCA.

Benchmark 10-year Treasury notes yielded 1.3376%, little changed in Asian hours, having edged lower on Wednesday after a strong auction by the U.S. Treasury.

Oil prices ticked lower, giving up some of last session's gains although a slow recovery in production in the U.S. Gulf of Mexico output following Hurricane Ida offered some support.