Markets likely to be volatile; RIL, Zomato, Vedanta in focus 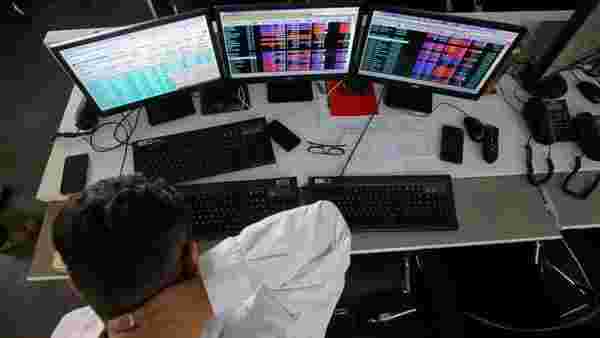 Asian shares made a guarded start on Monday to a week packed with important US and Chinese economic data, while the Nikkei was tantalisingly near heights last visited in 1990.

Japanese shares have been on a tear as hopes for fresh stimulus from a new Prime Minister saw the Nikkei surge 4.3% last week. The Topix has already scaled that peak, while the Nikkei turned hesitant early on Monday.

Reports that US Democrats were considering proposals to raise taxes on corporations and the wealthy, while not exactly new, could make for a cautious mood.

Adding to concerns about Beijing's regulatory crackdown was an FT report it aimed to break up Alipay, the hugely popular payments app owned by Jack Ma's Ant Group.

China releases a swath of data on retail sales, industrial output and urban investment on Wednesday that analysts fear will show a further slowdown in the world's second biggest economy.

MSCI's broadest index of Asia-Pacific shares outside Japan eased 0.1%, after bouncing on Friday. Both Nasdaq futures and S&P 500 futures were up 0.3%, after running into profit taking last week.

Wall Street suffered its worst run since February as doubts about the resilience of the global economic recovery hurt former reopening darlings in energy, hotels and travel.

Also highlighting are readings on US consumer prices on Tuesday, which is expected to see core inflation ease a touch to 4.2%, while retail sales on Thursday could show another decline as the spread of the Delta variant spooks shoppers.

A crippling global shortage of semiconductor chips has forced Reliance Jio Infocomm Ltd and Google to defer the launch of an affordable smartphone by two months. JioPhone Next, the 4G smartphone that was to go on sale on Friday, will now start selling only before Diwali, Reliance Industries Ltd (RIL) said in a statement late on Thursday. This year, Diwali is on 4 November. The phone has been developed jointly by RIL’s telecom unit and Google.

Food delivery giant Zomato Ltd has abandoned plans to diversify into delivering groceries for the second time in two years, citing infrastructure gaps in a highly competitive online grocery market. In a letter to its grocery partners on Friday, Zomato said, “Over the last two months of operations, we have had a few important realizations. Store catalogues are very dynamic, and inventory levels change frequently. This has led to gaps in order fulfilment, leading to poor customer experience."

Billionaire Anil Agarwal's Vedanta Ltd is seeking a premium of at least USD 1 over the government-mandated price for the natural gas it plans to produce from its Assam block. The firm, which merged the Rajasthan oil-discoverer Cairn India Ltd into itself, has sought bids from users for the gas it plans to produce from the Hazarigaon field in Assam from March next year

Meanwhile, the drift higher in yields and the general air of risk aversion helped the dollar recoup some losses last week and left its index at 92.624, off the recent low of 91.941.

Gold has also had trouble breaking higher and was last flat at $1,786 an ounce, after shedding 2.1% last week when it repeatedly failed to clear resistance above $1,1830.

Oil prices were a shade firmer on Monday supported by growing signs of supply tightness in the United States as a result of Hurricane Ida.