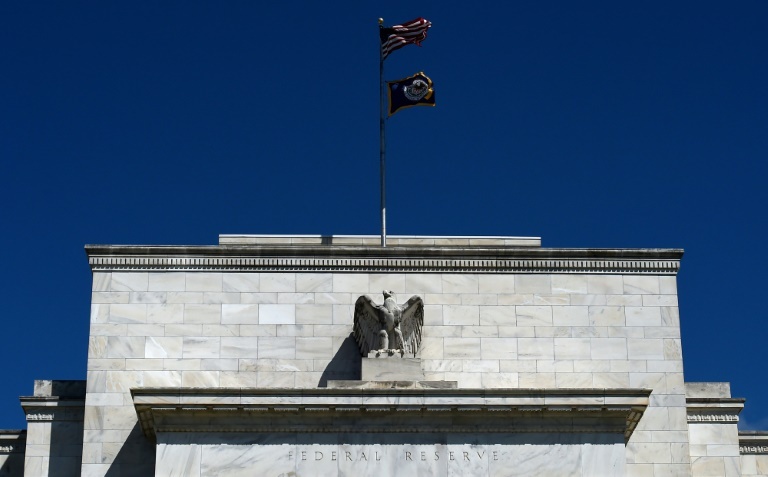 "Inflation worries persist, though our tradeable US natural gas and oil prices have edged back from the highs," said Markets.com analyst Neil Wilson.

World markets have come under pressure in recent weeks as the reopening of economies and supply chain woes fuel inflation, with a rally in commodity prices a major contributory factor.

All eyes are on the release this week of inflation data in the United States and China, where expectations are for high readings that will add pressure on central banks to tighten monetary policy.

The Federal Reserve has already signalled it will begin tapering its vast bond-buying programme by the end of the year as it looks to prevent prices from running out of control and the economy from overheating.

While the move has been widely expected for some time, consistently high inflation is increasing the likelihood that interest rates will rise as early as next year.

The Bank of England appears close to lifting borrowing costs sooner rather than later, while New Zealand and South Korea have already done so.

The pressure to act comes as energy prices hit multi-year or record highs and demand picks up ahead of the northern hemisphere winter, while supplies are limited as a result of pandemic lockdowns.

The issue is hitting countries around the world and increasing worries of a worldwide fuel squeeze, with WTI oil hitting a seven-year peak and Chinese coal prices also hitting a new record.

"The energy crisis is showing no signs of abating, which means considerable cost pressures on companies, and consumers facing the prospect of having less money in their pocket," said AJ Bell investment director Russ Mould.

China's ongoing crackdown on the private sector and the debt woes of the country's property giant Evergrande also dampened investor sentiment in Asia.

London, Frankfurt and Paris also fell across the board.

Investors are awaiting the beginning of the corporate earnings season, which gets under way this week with US banks.