Marked by the Paris Attacks, and Now Defending Those Accused of Them

PARIS — The four young lawyers took the floor at a prestigious speech contest a few days after 130 people were killed in terrorist attacks across Paris in November 2015. Competing in the final round, they struggled to clear their minds from the shocking images of the massacre they had seen playing out on television.

If they won the contest, from which an elite cadre of future public defenders is picked every year, they realized that they might end up arguing the cases of those charged with carrying out the assaults, they recalled recently.

“We knew we might have to get involved in this kind of case,” said Karim Laouafi, 39, who was at home drafting his speech when the attacks occurred, one of them just a few blocks away. “And sure enough, that’s what happened.”

More than six years later, Laouafi and three colleagues who participated in the 2015 contest — Merabi Murgulia, Léa Dordilly and Simon Clémenceau — took the floor again. This time, they were in a Paris courtroom defending two suspects in the monthslong trial of 20 men accused of involvement in the 2015 attacks. The verdicts are expected Wednesday evening.

The coordinated assaults involved shootings and suicide bombings at the Bataclan concert hall, where most of the victims were killed; an area outside France’s national soccer stadium; and the terraces of cafes and restaurants in central Paris. The attacks, in which almost 500 people were also wounded, were carried out by 10 Islamic State group extremists, most of whom blew themselves up.

Salah Abdeslam, who appeared at the trial, one of the biggest ever in France, is the sole defendant still alive who is accused of taking part in the attacks. The other defendants have been charged with helping or abetting the terrorists.

Nearly half of the 30 or so defense lawyers involved in the trial have followed a similar path to their current roles. All in their 30s, they graduated from “La Conférence,” an elite program that every year selects a handful of young lawyers from the speech competition and grooms them to become top public defenders.

As attacks perpetrated by Islamist radicals proliferated in France in the past decade, youthful faces from La Conférence have become increasingly familiar on the benches of terrorism trials, giving rise to a generation of lawyers specializing in such cases.

Their defense of people accused of being jihadis baffles many in France, a country whose national psyche has been deeply traumatized by terrorism.

Several lawyers said their friends and families had been disturbed by their decisions to represent those charged with terrorist acts. Clémence Witt, from the Conférence class of 2015, recalled her mother telling her, “I hope you won’t be involved in these cases,” after the Jan. 7, 2015, attack against the satirical newspaper Charlie Hebdo.

She ended up defending a suspect in that trial.

Others have been insulted on social networks. “In people’s minds,” Dordilly said, jihadis “are indefensible.”

But the young lawyers who are defending the accused at the Paris attacks trial (others have represented some of the plaintiffs) shrug off the criticism that has been leveled at them.

“At no time do we defend terrorism,” Clémenceau said. “By remaining a bit of a bulwark, by ensuring that each defendant receives a proper defense, we also contribute to justice,” he added.

“We are here to protect our rule of law,” said Witt, who has defended clients in 12 terrorism cases and has been counseling plaintiffs in the Paris trial. “We have somehow collectively become the barometer of counterterrorism justice.”

Clémenceau and Dordilly, who defend a suspect in the trial, have been involved in dozens of such cases. This year, they defended the cousin of an Islamic State killer of a French priest, and they will be counseling plaintiffs in the coming trial about a terrorist attack in Nice in 2016.

But dealing with terrorism was never part of the career plans of many of the young lawyers.

“They were plunged into that through La Conférence,” said Antoine Mégie, a political scientist at the University of Rouen, in northern France, who specializes in terrorism laws.

A 2-century-old, Ivy League-like club, La Conférence is perhaps France’s most prestigious association of lawyers. Every year, it selects a dozen, all younger than 35, through a speech competition held in a magnificent paneled library in the old Court of Appeal in Paris. The winners are automatically appointed as public defenders in sensitive criminal cases in the French capital — an invaluable career booster.

For the classes of the second half of the 2010s, when attacks on French soil escalated, joining La Conférence essentially meant being thrust into a whirlwind of terrorism cases.

“I suddenly realized that this is going to be my daily life,” said Dordilly, class of 2016, as she recalled her shifts at the courthouse, where she would frequently run into armor-clad police officers escorting blindfolded suspects through the corridors.

It was there, in July 2016, that she first met Adel Haddadi, the person she is defending with Clémenceau in the trial that is due to end Wednesday.

Each class of La Conférence from 2013 to 2018 is represented at the trial. Abdeslam is defended by a 2015 alumnus.

Unlike some of their famous predecessors at La Conférence — such as Jacques Vergès, who defended war criminals and dictators — the lawyers at the Paris attacks trial say they have tried to not politicize their work. Defending jihadism is not only unthinkable; it would yield no result in a trial, they say.

But many have been critical of the legal definition of “association of wrongdoers in relation with a terrorist enterprise,” under which most of the suspects in the trial are being prosecuted.

The lawyers, along with some scholars, say the definition could lead to the prosecution of individuals based solely on accusations that the accused knew they were interacting with a group that had terrorist intentions, even without knowing specifics about those intentions.

“Hypothesis on hypothesis,” Adrien Sorrentino (La Conférence class of 2018) argued at the trial, referring to the so-called guilt-by-association prosecutions.

In an interview, Sorrentino said being involved in the trial had been a challenge for him and other members of his generation.

“In 2015, I’m a young Parisian who becomes a lawyer, and on the night of the attacks, as I’m leaving a bar, I come across scores of people bleeding in the street,” he said.

“I could very well have been among the victims,” he added.

That harrowing dichotomy has haunted some of the lawyers, they said, especially when survivors testified.

“No one leaves this hearing unscathed,” Murgulia told the court. “We drank the unheard-of sadness of the victims to the dregs.”

His associate, Laouafi, described the proceedings as “the trial of a generation,” noting that many of the lawyers, plaintiffs and defendants were ages 30 to 45.

It was clear at the beginning of the trial that some plaintiffs struggled to understand the missions of the lawyers defending those accused of such terrible crimes.

But this month, after Laouafi had defended his client, a group of plaintiffs came to see him and Murgulia. “They told us, ‘We struggled to understand at first. Now we do,’” Laouafi recounted.

“That’s the best response,” he said. 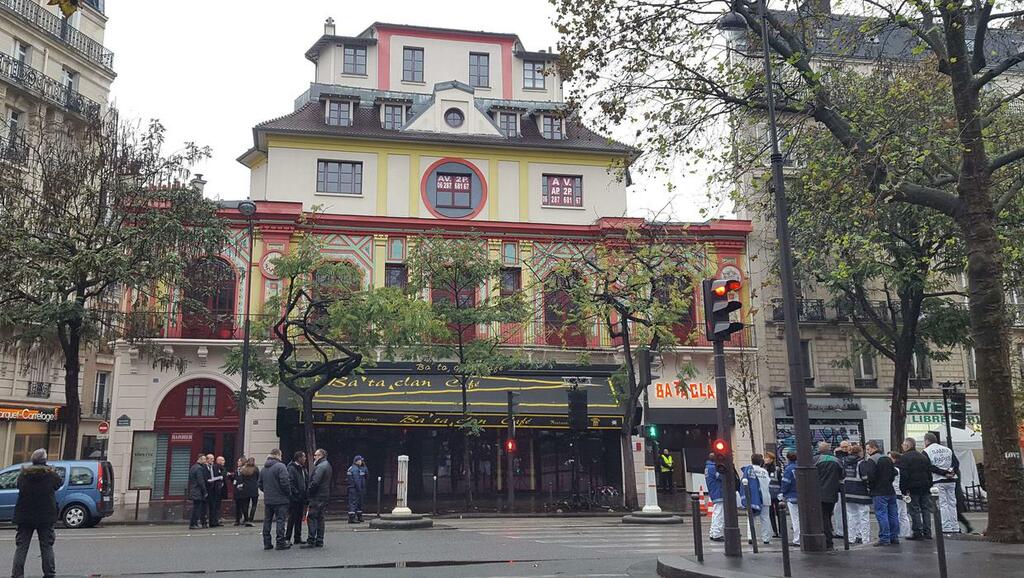 Irish Independent
One subscription that gives you access to news from hundreds of sites
Paris terror attacks: Court to deliver verdicts after landmark trial over 2015 atrocity which killed 130