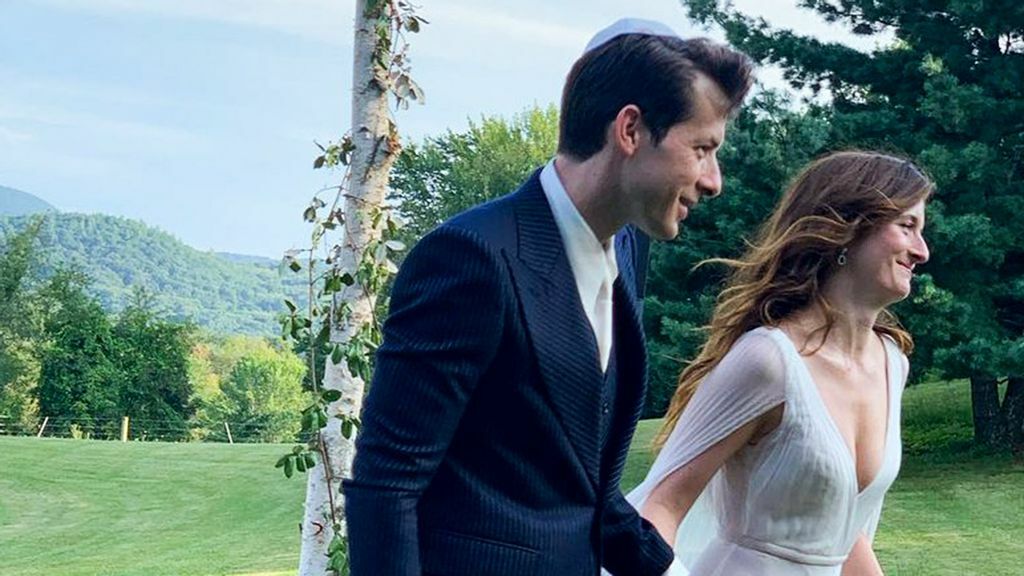 WASHINGTON — American singer and songwriter Mark Ronson has married Grace Gummer, the daughter of Hollywood star Meryl Streep. The musician revealed the news on social media on Sept. 4, 2021, his birthday.

Ronson shared a monochrome photo of them on his Instagram handle in which they could be seen being newly married, as per reports.

“To my truest love…out of nowhere, you made 45 hands down the greatest year of my life,” he captioned the photograph.

“And I’m sure it took me 45 years to become the man worthy of your love. I hope I spend every one of these birthdays by your side till my last day. And beyond. Forever and ever yours (and yes, we got married).”

Samantha Ronson, his sister, also congratulated the musician and shared a picture from their wedding on her Instagram handle.

“I didn’t take many photos at your wedding (left that to the professional — aka @cjronson), but I think I captured what I needed in this photo, coz damn! Look at you, walking into the next chapter with your perfect partner in crime,” she wrote.

“I know this is gonna (sic) be the best year yet, so, happy f — g birthday! You get older, and we continue to get the gift of you in our lives. I love you so much! Miss you, xoxo.”

Though Ronson did not specify exactly when the couple had gotten hitched, as per previous reports, the couple was set to wed on Aug. 5, 2021 weekend, in a ceremony whittled down from a larger affair by the covid-19 pandemic.

Presumably, the pair’s famous parents were in attendance, at least: Ronson is the stepson of “Foreigner” guitarist Mick Jones, while Gummer, Streep’s daughter with artist Don Gummer.

Gummer, who has appeared in “American Horror Story,” “Mr. Robot,” “Zero Hour,” etc., was first spotted with Ronson in New York City in September 2020, having dinner. The couple had kept their private lives low-profile; however, in May 2021, they sparked engagement rumors after the 35-year-old was photographed sporting a ring.

Michael Fried, the Chief Executive Officer of The Diamond Pro, told a media organization that the stone was likely 3-5 carats and could be valued at north of $100K. Ronson had confirmed the engagement in June on his podcast.

It’s the second trip down the aisle for both parties, as per reports. Ronson was married to French actor Josephine de La Baume from 2011 to 2018, and Gummer was married to musician Tay Strathairn but filed a divorce in April 2020. Ronson was also previously engaged to actor Rashida Jones from 2003 to 2004.