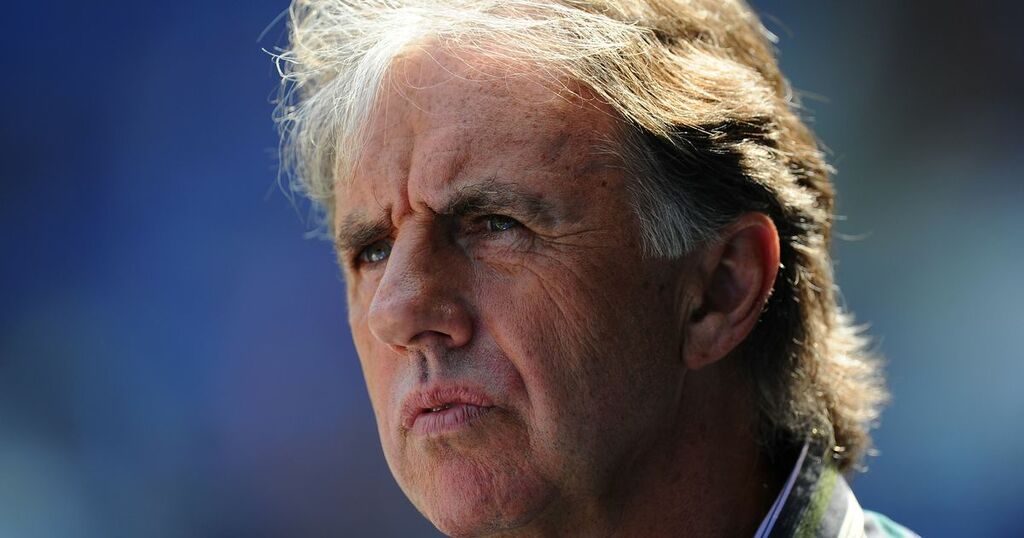 Mark Lawrenson has recorded his final Football Focus after 25 years on the popular BBC show.

The former Liverpool and Preston North End defender had been a prominent figure on the Saturday afternoon preview programme since 1997 but today's FA Cup final between the Reds and Chelsea proved to be his final appearance on the show.

Lawrenson has also been a regular on Match of the Day and Final Score down the years and is known for injecting a dry sense of humour into punditry. A special montage was shown during today's Focus, which was recorded live from Wembley prior to the Cup final, highlighting some of the funnier moments of his punditry career.

The 64-year-old even received a farewell message from none other than Liverpool boss Jurgen Klopp.

The German's message said: "Mark, I heard you are stopping Football Focus. People told me that you've done it for 25 years but you look like you could do it for another 25 years. As a Football Focus and Liverpool legend, I wish you all the best for whatever you do next. Probably playing golf or something with Kenny (Dalglish).

"You will know how to use the time. All the best here from Liverpool. See you."

The programme captured Lawrenson being shown the montage inside Wembley and after viewing, he told presenter Alex Scott: "I'm going to miss it.

"There's so many things to talk about. The only thing about today is my daughter is supposed to be here but she's at university so she's probably still in bed! So Ruby get up! I'll only enjoy it if Liverpool win in all honesty. This is the best squad I think we've ever, ever had. They've been playing so well. They play ugly and win, they play well and win. And they've got a fantastic manager. So long may it be that way."

Crooks, also 64, was given an emotional send-off from host Jason Mohammad to which he replied: "That's very kind of you. Not just yourself, but your predecessors - Ray Stubbs, Gabby Logan - all done great jobs. I owe a great debt of gratitude to you and the BBC. It's been great fun."

Lawrenson's fellow pundit Dion Dublin said: "I've done this show a long time and I had Lawro and Garth. They were kind of my mentors when I came into it saying 'don't say this' or 'do that'. So I've listened to these guys and they've got me to this position. I want to say happy retirement, well done and thank you."

Lawrenson famously shaved off his moustache back in 2002 when he lost a bet after Bolton Wanderers stayed in the Premier League.

In 2018 he was given the all-clear after having a cancerous growth removed from his face following a viewer ringing in after noticing it. Lawrenson would later meet and thank the viewer on-air on a future episode of Focus.

Mark LawrensonFootball FocusFocusLiverpoolFootballGarth Crooks
Sign up to read this article