Marjorie Taylor Greene Fined $2,500 For Repeated Refusal To Mask Up On House Floor 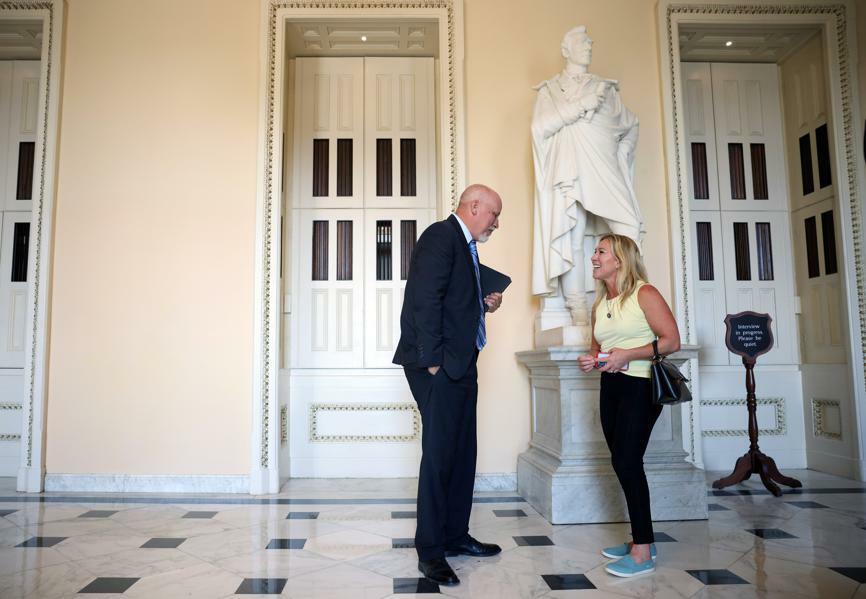 Reps. Marjorie Taylor Greene (R-Ga.) and Chip Roy (R-Texas), two ringleaders of a protest in which House Republicans refused to comply with the House’s mask mandate, have each been fined for going maskless on the House floor, an ethics panel said Wednesday.

Greene and Roy were both fined by the House Sergeant-at-Arms for going maskless in the House chamber on August 2 and did not file appeals, the House Ethics Committee said in a pair of statements on Wednesday.

House Republicans have railed against Capitol Physician Brian Monahan’s decision in late July to reimpose the mandate, which had been fully lifted the previous month, with dozens eschewing masks on the House floor in late July and early August.

Greene previously received a $500 fine in May for violating the mask mandate a second time, which was upheld on appeal by the Ethics Committee, meaning she will be hit with a $2,500 fine for her third offense.

Roy, who received a first-offense warning in May, is set to face a $500 fine, telling Forbes he didn’t appeal because “filing an appeal to tyrannical overlords is a futile gesture,” adding that it could leave him “without standing to sue, should the mood arise.”

Forbes has reached out to Greene’s office for comment.

Greene and Reps. Thomas Massie (R-Ky.) and Ralph Norman (R-S.C.) have filed a lawsuit against House Speaker Nancy Pelosi to try to knock down the mask fines, arguing that the fact they are taken out of members’ paychecks is a violation of Constitution’s 27th Amendment, which says a law changing lawmakers’ pay cannot take effect until after an election.

Norman, who told Forbes in July he didn’t believe it was necessary for him to wear a mask because he was vaccinated and compared the mandate to requiring members to “dye our hair and wear blue socks,” tested positive for coronavirus a week later.

“Right now you’ve got individuals going out here having to take financial hits and some, you know, they have to figure that out. This is the tyranny of the fine,” Roy told Forbes in August after several Republicans backed down from their refusal to mask up on the floor amid the threat of fines.