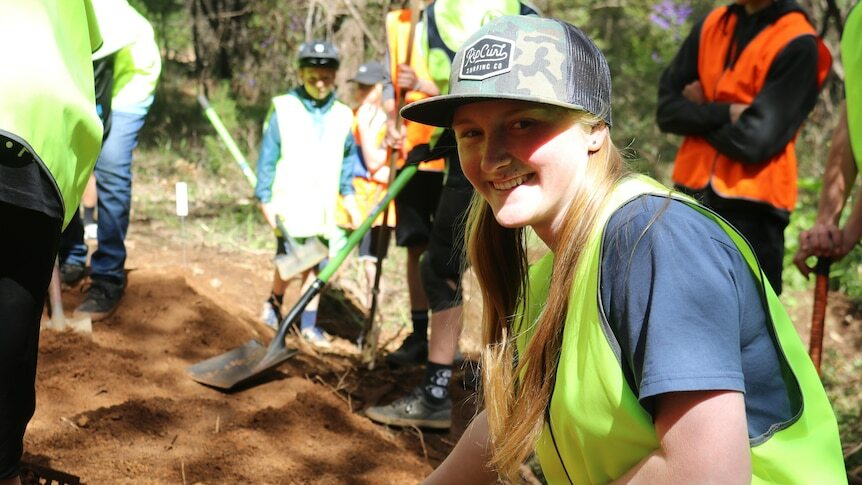 Young people in the south-west of Western Australia have had the opportunity to learn how to build real mountain bike trails with one shire hoping education can put the brakes on an increase in the building of illegal trails.

On Friday, about twenty young people gathered in Margaret River for a workshop on mountain bike trail building.

The workshop was the result of a joint shire and industry effort to educate young people about why they should not be building illegal trails.

"The workshop [on Friday] was to chat to kids about the appropriate places that we build trails, the reasons behind it [and] planning that goes into it," she said.

"If [the Department of Biodiversity, Conservation and Attractions] need to remove trails and rehabilitate the area then the money that is spent on doing that doesn't go into building new and exciting mountain bike trails."

Professional trail-builder John Dingy, who ran the workshop, said it was great to see the shire taking a proactive education-based approach to the issue.

"We just can't have it that's all there is too it," Mr Dingy said.

Fifteen-year-old Alyssa Holland attended the workshop because she loves racing.

Ms Holland said the workshop helped her realise building trails could be a viable career – a sentiment echoed by 14-year-old Justin Weiss who said the seminar taught him how and where to build properly.

"[We learnt] where you want to put your green runs, your blue runs and your black runs for better quality," he said.

Mr Dingy said he hopes the workshop taught the kids about where not to build their trails.

"It was a problem and just hitting them over the head doesn't do anything … it is good they came up with this and I think it is pretty successful," he said.