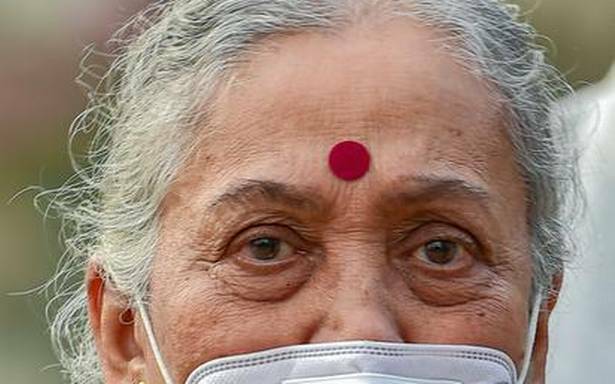 Alleging that highly organised and militant right-wing extremist groups are terrorising, attacking, and killing innocent citizens in the name of religion across the country, veteran Congress leader Margaret Alva has told Prime Minister Narendra Modi that his silence was misread as tacit approval and encouragement to the ever-increasing violence and intimidation India's minorities are being subjected to.

“Mr. Prime Minister, how can you close your eyes and remain silent when atrocities on India’s minorities are mounting? When will you speak up and put a stop to this madness and violence?,” the former Union Minister wondered in a letter written to the Prime Minister on the eve of the New Year.

“I am appalled at the recent, widely reported statements made by some religious leaders calling for the genocide of non-Hindus in order to create a Hindu Rashtra. What is even more shocking is that there is no response or action by either your Central Government or the State Government that’s controlled by the BJP, of which you are the undisputed leader, or the local administration, to crack down firmly on this virulent, toxic, hate speech, designed to create insecurity and fear amongst millions of minorities,” she said.

Ms. Alva also expressed concern over the anti-conversion Bill that has been adopted by the Karnataka Legislative Assembly.

“My home state of Karnataka has boasted ofa peaceful inclusive environment that has drawn people from all over the world. This Christmas, the State BJP Government gifted us the draconian ‘the Karnataka Protection of Right of Freedom of Religion Bill’ in ‘recognition’ of our services, which has provisions that have been previously struck down by courts and are clearly violative of the Indian Constitution. It makes all minorities, our institutions, practices, services, and charities suspect. Personal liberties of privacy, of religion, of marriage, and decision making are taken away, and the state becomes the arbiter of our personal lives, making us subjectto probes, charges, and jail by the state and its officials, who will interpret the provisions of the law and imprison us without trial,” she said.

“If Christians were involved in mass conversions, why is our population below 3% of the total population?” she argued. “Two hundred years of rule by Christian colonial powers and work by so-called ‘missionaries involved in forced conversions’ should have shown in our numbers, which have been declining. Why then this false propaganda and violence against us?” she wondered.