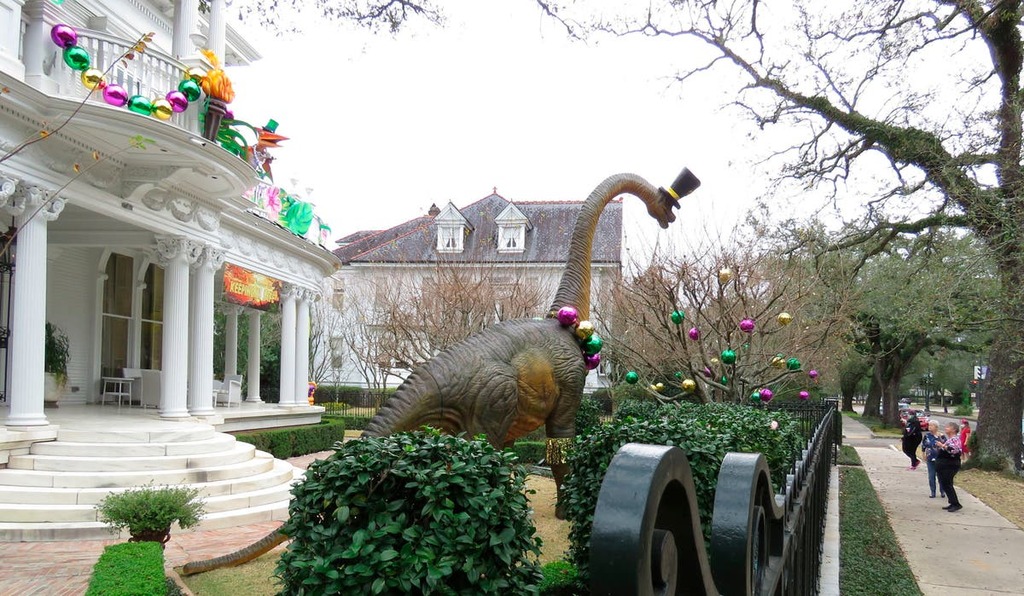 The group behind the wave of houses decorated to look like floats during this year's pandemic-curtailed Mardi Gras is continuing the tradition in 2022 while the mayor weighs whether to allow parades during the upcoming Carnival season.

The Krewe of House Floats announced Friday that it would return next year. Mardi Gras parades were cancelled during the 2021 season out of concern that the massive crowds of people could become a super-spreader event for the coronavirus. In response, people across the city instead decorated their houses to look like Mardi Gras floats, and people traveled around the city looking at house floats.

“The Krewe of House Floats will return in 2022 whether Mardi Gras is happening or not (as of this writing, we’re waiting on the mayor). But regardless, once again we will organize and encourage you, whether you’re a New Orleanian or not, and whether you live in New Orleans or not, to decorate your homes as floats for Mardi Gras," the group said on its website.

During the 2021 Mardi Gras season, the krewe produced a map of houses decorated to look like floats and also connected artists with homeowners who were interested in hiring someone to decorate their homes. The krewe said they also raised $30,000 which went to groups that work to feed needy people and the help the homeless; this year the krewe is raising money for the Music and Culture Coalition of New Orleans which works to preserve the city's culture.

It's still not known whether the city will hold parades. During a meeting on Thursday, Mayor LaToya Cantrell said the city is doing “everything we can to ensure that Carnival happens,” The Times-Picayune / The New Orleans Advocate reported. But she didn't specifically commit to allowing parades to go forward.

She said she would be watching the Krewe of Boo parade closely to see how the Oct. 23 event — the first parade in the city since the pandemic began — goes off.

Participants in the Krewe of Boo must either be vaccinated or show a recent negative coronavirus test.