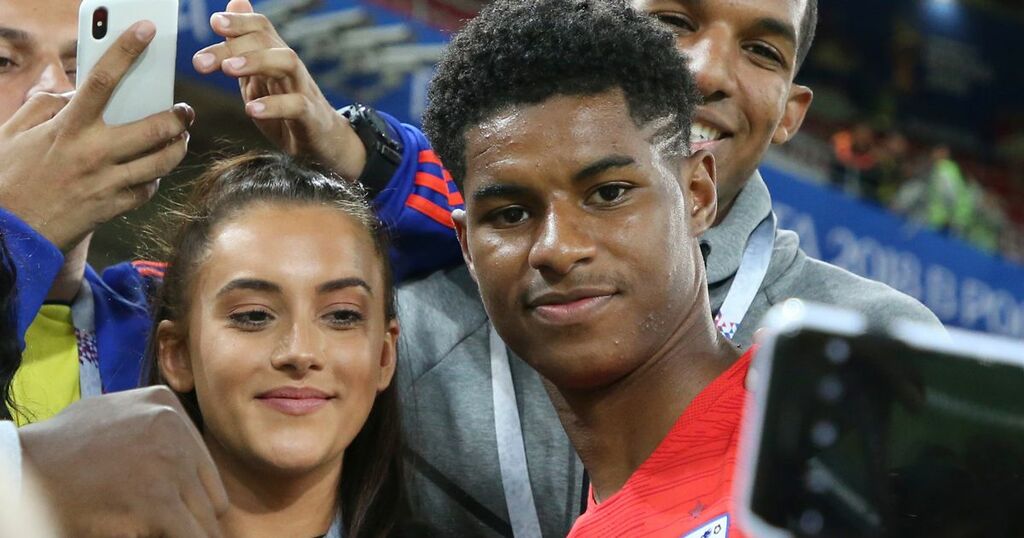 Marcus Rashford and his childhood sweetheart girlfriend have reportedly reunited eight months after their "painful" split.

The Manchester United footballer, 24, is said to be back with Lucia Loi, who is the same age as him, following a link-up before Christmas.

Lucia was recently spotted getting into Marcus' car earlier this month after his club's 1-0 defeat against Wolves.

The PR executive also sparked speculation they have rekindled their romance after posting a snap on her Instagram Story of a tattooed man's hand holding her boot.

As rumours of the lovers getting back together continue to swirl, a source told The Sun: "The intent for them to get back together has always been there.

"The break was good for their relationship as it offered them both space and assurance that they wanted to make this work moving forward.

"They have a shared history. She is one of the people who knows him best. They got back together before Christmas and are taking things slowly."

In May last year, the pair reportedly split amid the pressure of lockdown, but they were said to be on good terms and share a "mutual love and respect".

She allegedly moved out of his house in Manchester at the time following the break-up.

Marcus was said to be "devastated" when they broke up, but it seems things are on the up for the couple.

A source told the publication: "It is a result of the pressures and strains of the Covid pandemic and lockdowns, and the confinement that has brought with it over the last 12 months.

"There is a strong mutual love and respect for one another, having met at school, and there is a continued dialogue with the hope of a reconciliation in the future."

It appears the pair have done just that, and their relationship is likely to go from strength-to-strength after giving each other space to rethink their eight-year romance.

Marcus and Lucia met in the halls of Ashton on Mersey School in Sale, Greater Manchester, when they were youngsters.

She has been supportive of the footie ace ever since, often being pictured at games in the past.

The Mirror has contacted Marcus' representative for a comment.