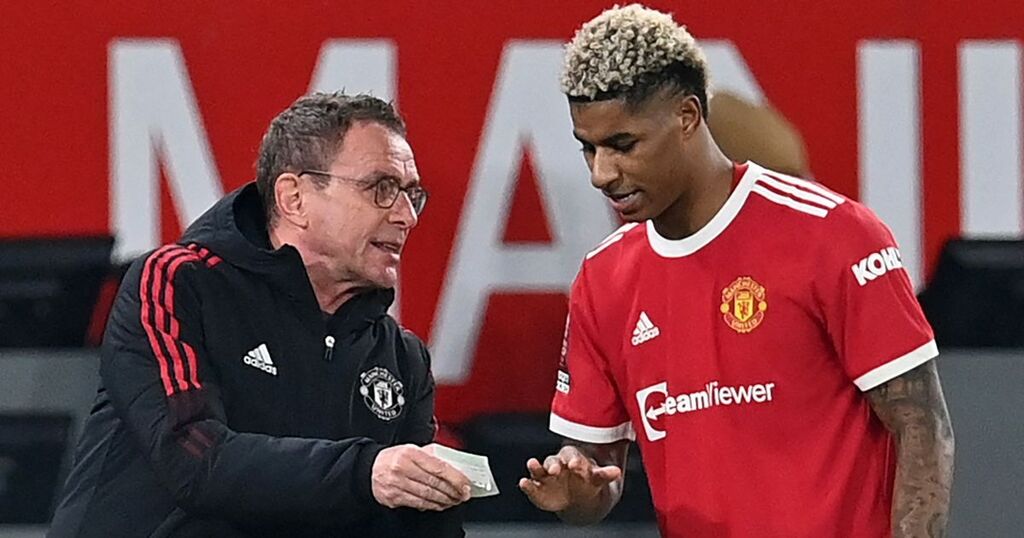 Marcus Rashford isn't enjoying his football at the moment and everything's a "chore".

That's according to Alan Shearer, who reckons the Manchester United striker is seriously lacking in confidence at the moment.

Rashford left Man United fans baffled with his performance against Aston Villa in the FA Cup on Monday night.

With the game winding down, and United leading Steven Gerrard's side by a goal to nil, Mason Greenwood tested Emiliano Martinez with a late effort.

The shot was saved and rolled into the path of Rashford who seemingly opted against chasing down the loose ball and instead left it for Martinez to collect.

Have Your Say! Should Rangnick stick with Rashford, or drop him? Join the debate here.

Reacting to Rashford's bizarre decision on Twitter, Man United fans couldn't believe what they were seeing.

One fan wrote: "Not sure if Rashford cares anymore," while another added: "Rashford has to come off. The crowd are turning on him now," and a third said: "Rashford uninterested at that rebound says it all, doesn't it?"

Shearer spoke about Rashford at half time on Monday, prior to him failing to go for the rebound, and pointed out that the young striker looks devoid of confidence.

"I get he's had injuries, I get he's struggling for a bit of confidence," said the Newcastle legend on BBC One.

"Amazing work off the pitch but certainly a lot of the times this season it looks as if everything's a chore. It looks like hard work for him and he doesn't seem to be enjoying it."

Rashford's drab display comes just days after he addressed reports there are problems behind the scenes at Man United on social media.

He wrote: "I read something earlier that said I'd been quiet on here but what can I say that will make this better other than showing you on the pitch?

"I have endless respect for both and I'm looking forward to bettering my game under the staff at Manchester United.

"I'm not sulking, I'm not unhappy, am I disappointed in some of my performances? Of course I am. I'm my own biggest critic. It's been a tough start but I'm determined to prove my worth.

"My dedication and my desire to be here should never be in question. I love this club."