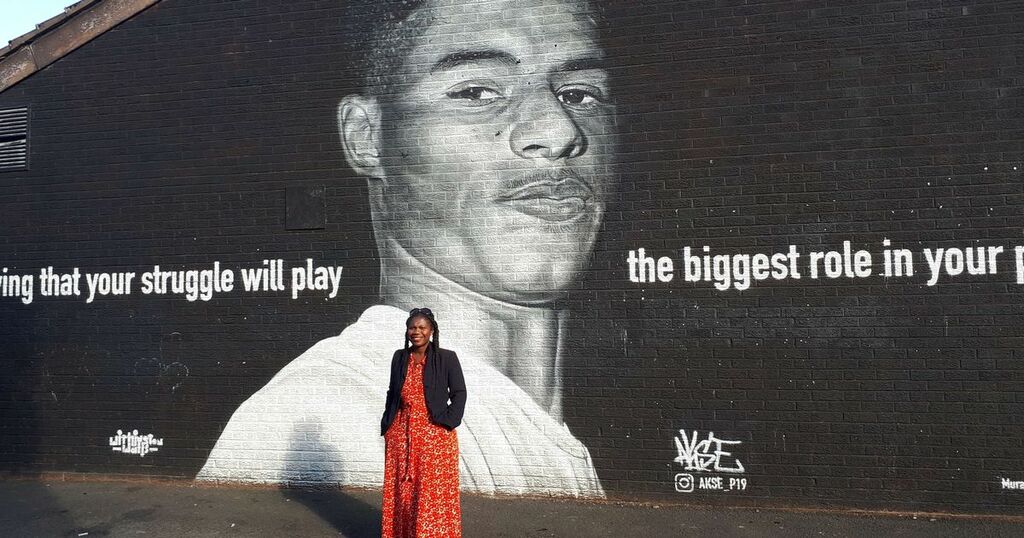 Following the vandalism of the Marcus Rashford mural in Withington, many responded with notes and comments of support.

However, Barrister Sally Penni, who lives less than a mile from the mural, was inspired to write Where Are You From? A children’s book which celebrates figures from Black British history.

The book, illustrated by Julian D. Penni, introduces 31 people, one for each day of Black History Month.

READ MORE: Man in hospital after being stabbed at Parklife festival

Sally said: "The idea behind the book is that parents can use it to expand on what their children learn in school during Black History Month, reading about one historical figure each night of October. The book also gives schools a helping hand with widening the scope of their teaching."

In 2020, Sally co-wrote an 'inspirational' book with her daughter which explored similar themes as it celebrated their diverse local community in South Manchester.

As a family of duel heritage, Sally believes it is important to have children's books whose characters are diverse. Rosie and the Unicorn celebrates this.

"I have three children, aged from 7-11, and their lessons never seem to have moved on beyond introductions to Nelson Mandela and Rosa Parks, year after year.

"Whilst both are important figures, I want my children and others to have a better understanding of what black people have contributed to society here in the UK."

"The book is aimed at all children and explains why black history is everyone's history. It also explains how children can become an anti-racist ally.

Alongside remarkable people of colour, Sally has also included white female workers in the mills near Rochdale who notably refused to work with slave grown cotton in the mid-19th century.

Adding: "I want children to realise that racism and prejudice are not just historical features of America's and South Africa's pasts. I hope the book will be a catalyst to talking about how racism still plays a significant part in black people's experiences of living in the UK today."

Some of the figures in the book also link to the world of law, Sally’s professional background. Stephanie Boyce, the current president of the Law Society, Dame Linda Dobbs DBE who was born in Sierra Leone and became the UK’s first black high court judge, and Jamaican barrister and magistrate Ena Collymore-Woodstock.

This book does not have a happy ending and Sally does not apologise for it.

She said: “"I can't give children a 'happily ever after' postscript," she said," as we are not there yet.

“Racism cannot be consigned to the history books, with the overt racism suffered recently by Rashford, Sancho, and Saka as just one high profile example”.

Where Are You From? , by Sally Penni is available from Amazon for £12.99