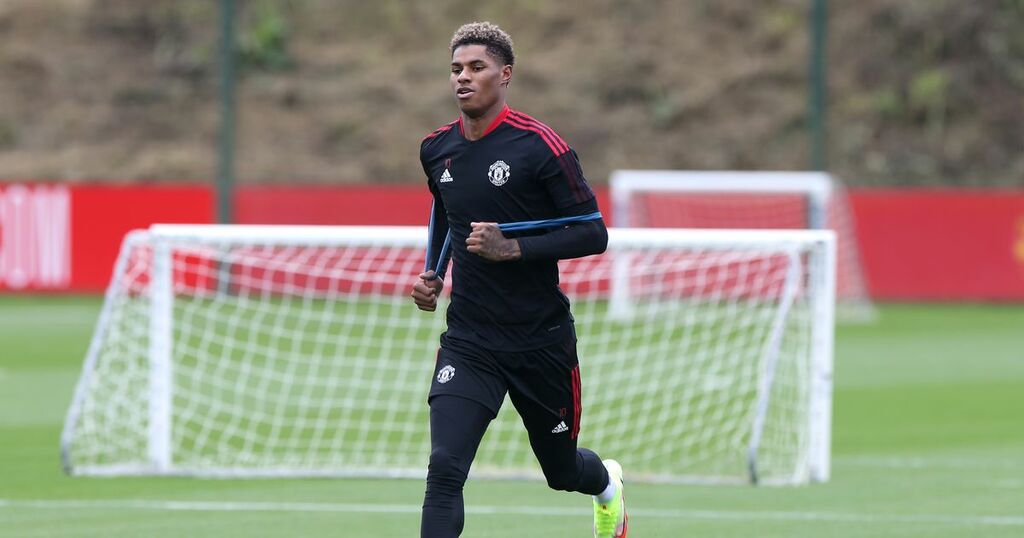 One thing that has been spoken of following the arrival of Cristiano Ronaldo is the support he will offer Manchester United's younger players.

36-year-old Ronaldo arrives still as one of the best players in the world and still finished as the Serie A top goalscorer last season, finding the net on 29 occasions.

There is no doubt that he will be coming into the Premier League as one of the standout performers and there is anticipation amongst supporters that he will immediately hit the ground running.

Now a number nine, Ronaldo has kept in shape and adapted his body compared to the intricate winger he was back in his early days at United.

It does get you thinking whether United have had a player like Ronaldo was since he left the club and arguably, one person who matches his attributes the most is Marcus Rashford.

23-year-old Rashford is still on the road to recovery after having surgery on his left-hand shoulder, but there is no doubt that there's an eagerness to get back into first-team training. Ronaldo is his idol and why wouldn't you want to train with one of the greatest footballer's of all time?

On social media, the England forward has been regularly expressing his delight at the prospect of lining up with the five-time Ballon d'Or winner.

When it was announced that he would be returning, Rashford took to Twitter to welcome him back;

In a recent Ronaldo photograph on Instagram, he commented: "You've brought the sunshine with you brother *love heart*."

But, on the face of it, Rashford is at a similar crossroads to where Ronaldo was during his time at Old Trafford.

Despite being slightly older than Ronaldo was, perhaps by a year, it appears that Rashford is at a similar stage in his career to what Ronaldo once had at United.

During the 2006/07 season, Ronaldo, at the same age Rashford is now, scored 23 goals and provided 22 assists in a season which helped him pick up the PFA Player of the Year award and go on to achieve greatness in the following season.

However, when assessing Rashford's stats from last season, they're quite similar.

He scored 21 goals, coupled with 15 assists in 57 appearances, five more displays than Ronaldo had at the same age.

Although the assists are slightly behind in comparison to Ronaldo, it must be noted that towards the end of last season, Rashford was carrying a couple of injuries which severely deterred his impact on Ole Gunnar Solskjaer's team.

We all saw how good Rashford was in the previous season before he was knocked by setbacks. There's only one way you could've described him: lightning.

Despite scoring just one more goal in the 2019/20 season compared to last, he felt like a different player because he was allowed to deal with the pressures of playing for United. Under Jose Mourinho and Louis van Gaal, he couldn't blossom because of the lack of game time.

The time will come when he has to return to training with the first team and when that happens, he has to learn from Ronaldo.

Gary Neville has previously commented that some United players got "annoyed" at Ronaldo when he spent too much time on the ball, trying to impress spectators rather than the team.

Rashford is similar in the sense that sometimes he lacks that killer instinct pass and needs to improve on his decision making. There is no doubting that he is one of United's best-attacking options when he's fit and firing. But it's one area of his game which he needs to develop.

Arguably, there is no better player to learn from with this than Ronaldo himself because he went through the same sort of experiences. He'll be able to potentially guide him onto a similar path he took during the early stages of his career.

As we've seen, Rashford also likes to replicate the so-called 'knuckleball' technique that became famous under the Ronaldo years at Old Trafford. He'd be able to learn a few tips in that department as well.

Although they play on opposing wings, the principal is still the same. If Rashford manages to get his head down and learn a few tips from one of the greatest player's of all time.

Should Ronaldo take the player under his wings and make him the sorcerer's apprentice, who knows what he could become.

What's clear is that with the arrival of Ronaldo, Rashford can go to an even higher level. It's so exciting to think about what he can become when he learns from his fellow teammate.

Can Rashford get on the same levels as Ronaldo? Follow our new United Fan Brands writer Omar Garrick on Twitter to get involved in the discussion and give us your thoughts on the title race following the signing of Ronaldo in the comments section below.