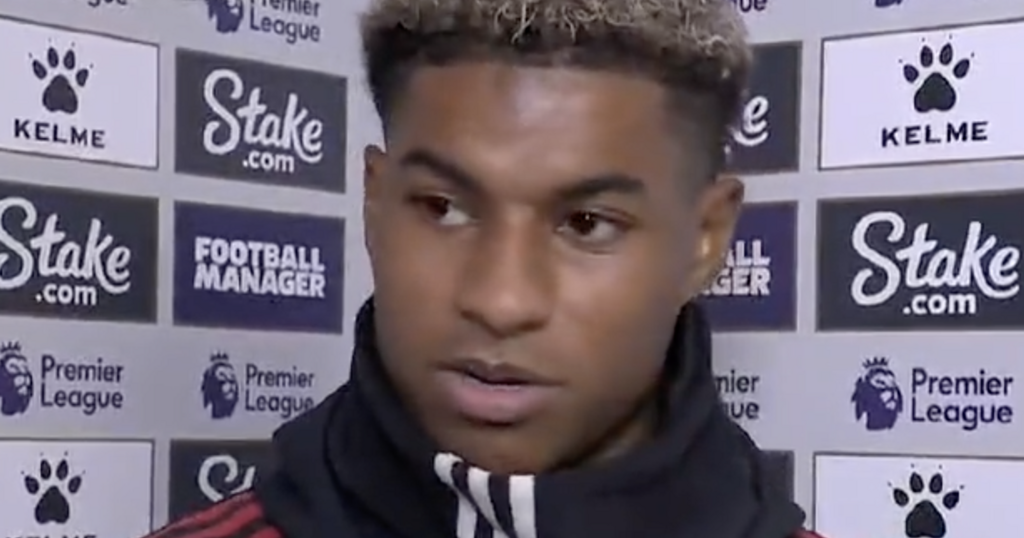 Marcus Rashford has spoken out on social media after Ole Gunnar Solskjaer was axed as Manchester United boss.

The forward is the first of his team-mates to speak following the Norwegian's dismissal, which came after the 4-1 defeat at Watford.

Solskjaer is the third permanent manager Rashford has worked under and the man whom he's scored the most goals for.

The academy graduate would've looked up to his former manager during his time in United's youth ranks.

After the news of Solskjaer's sacking broke Rashford posted a picture himself and his former boss with the caption "club legend" alongside a heart emoji.

David de Gea has also posted a tribute to the now departed manager.

Solskjaer was at the helm when the Spaniard was handed a lucrative new deal back in 2019.

HAVE YOUR SAY! Who should replace Solskjaer as Man Utd manager? Let us know in the comments

De Gea also remained the club's No 1 even when Dean Henderson returned to Old Trafford, with Solskjaer ignoring regular calls to swap his goalkeepers.

"You always gave everything and everyone knows you are a legend at @ManUtd " said the shotstopper on Twitter.

De Gea fronted up after the defeat at Watford, labelling the defeat "embarrassing".

He told Sky Sports: "There's not much to say. It was embarrassing to see Man United play like we did today.

"It's not acceptable the way we were playing and doing things. It is easy to blame the manager or the staff, but sometimes it is the players. We need to show much more than we are doing."

Michael Carrick has been placed in charge on the short-term ahead of games with Villarreal and Chelsea.

United are looking to appoint an interim boss until the end of the season before targeting a permanent manager in the summer.

A club statement also reads: "Ole will always be a legend at Manchester United and it is with regret that we have reached this difficult decision.

"While the past few weeks have been disappointing, they should not obscure all the work he has done over the past three years to rebuild the foundations for long-term success.

"Ole leaves with our sincerest thanks for his tireless efforts as Manager and our very best wishes for the future.

"His place in the club’s history will always be secure, not just for his story as a player, but as a great man and a Manager who gave us many great moments.

"He will forever be welcome back at Old Trafford as part of the Manchester United family."