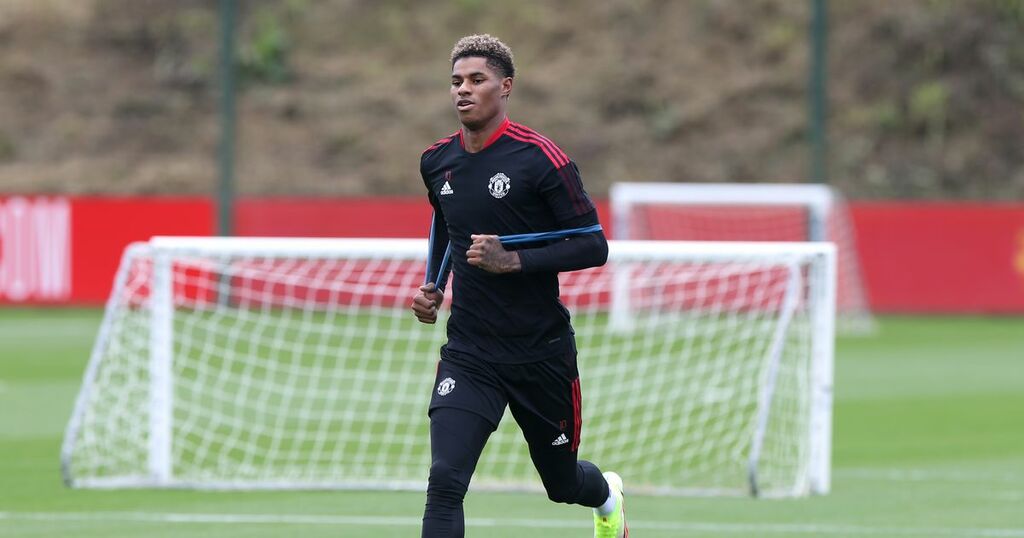 Marcus Rashford is looking forward to the prospect of making his return from injury ahead of what could be a crucial period in Manchester United's season.

The United academy graduate — who scored 21 goals in all competitions for his club last season — has not played competitively since missing his penalty for England in the final of the European Championship against Italy in July because of a shoulder problem.

Rashford, who turns 24 at the end of this month, underwent shoulder surgery at the end of July and has since been working hard in his rehabilitation at United's Carrington training base, in an attempt to force his way back into Ole Gunnar Solskjaer's plans as soon as possible.

After resuming contact training a fortnight ago, the England international took another giant stride towards returning to action on Wednesday, scoring twice in a behind-closed-doors friendly between United and Blackburn Rovers, which saw the Reds run out 3-0 winners.

Now that Rashford has come through his first match since July without any troubles, he is looking forward to making his comeback at first-team level, hinting that it could be possible when United travel to the King Power Stadium to face Leicester City next Saturday afternoon.

"It’s good now, I’m pretty much at the end now," Rashford told United's official website when issuing an update on how felt in himself and how his recovery programme had gone.

"I feel ready to be back on the pitch. So yes, I‘m just looking forward to the next slot of games – it’s a busy schedule."

Considering United have failed to win either of their last two Premier League outings, scoring just one goal, his return to the squad appears to have come at the ideal time. Rashford will be looking to join forces with the likes of Bruno Fernandes, Jadon Sancho and Cristiano Ronaldo in an attempt to make United's attacking output as lethal as it looks on paper.

Reflecting on United's recent disappointing results against Aston Villa and Everton, Rashford added: "It’s the time when the squad’s important, we all have to be together and utilise everybody’s strengths. It’s just about picking up points.

"When there’s this many games in a short space of time, you just wanna keep picking up three points and move on to the next game."