There’s a little penguin on Twitter pushing a big idea: Victoria should secede from the rest of Australia.

While Western Australia has always harboured the fantasy of breaking away from federation, going as far as holding a successful but invalid referendum in 1933, the idea of a Victorian secession – “Vexit” to its proponents – recently emerged among a group of friends during the state’s second extended Covid lockdown in 2021.

Together, they created the Victorian Independence Movement and its respective Twitter account, which has a modest, albeit engaged, 1,500 followers at the time of writing.

With a straight face, it proposes “breaking free of the failed Australian federation”. It diagnoses “Sydney brane” – a so-called affliction among the political and media class that makes them believe nothing happens in the country until it happens in the New South Wales state capital – and pokes fun at the “treasurer for NSW”, a phrase coined by the now member for Kooyong, Monique Ryan, to describe Josh Frydenberg.

Among its members is Douglas Holgate, the illustrator of the New York Times bestselling children’s series, The Last Kids on Earth, who designed the movement’s penguin mascot.

“I don’t want to blow my own horn but I think we’ve garnered supporters quickly because we’ve got a symbol that people can recognise. It’s nostalgic, it’s Victorian, it’s a bit cheeky,” he tells Guardian Australian.

Holgate says it was a no-brainer to adopt the little penguin as the movement’s mascot, given Phillip Island is home to Australia’s largest colony of the species.

“But I also like to think the penguin embodies Victorians as well: they’re socialists, they’re egalitarian in the sense that the males and females share caretaking responsibilities for their babies, and they really, really like the cold weather,” he says.

Holgate says Victorians, like penguins, stuck together during the state’s lockdowns.

“Victorians didn’t like lockdowns but we knew it had to be done, so we copped it. It’s what being a part of a community is about,” he says.

“But the whole time we’re being told we have Stockholm syndrome, that we’re a bunch of morons. It was as if there was some inherent, moral failure that led to us having lockdowns and it meant we didn’t deserve support.”

After the lockdowns ended, Holgate says he continued to question the purpose of the federal government, citing its inability to procure and distribute rapid antigen tests over the summer and its pre-election budget allocating just 6% of infrastructure funding to Victoria, despite having 26% of the nation’s population.

“I realised it’s not just about Covid-19. It’s about climate change, it’s about infrastructure funding, it’s about truth and justice for Indigenous Victorians. That is all being delivered without the federal government, so do we need them?” he says.

The major parties are “very, very unlikely” to take the movement seriously, says the Monash University senior politics lecturer Dr Zareh Ghazarian, though he believes it’s another sign of the volatility in the electorate.

“At the federal election we saw an unprecedented amount of voters turn away from both Labor and the Liberals, to minor parties like the Greens and independents, so clearly people are unhappy with how the current system is working,” he says.

However, some of the Big V rhetoric it espouses is echoed by political leaders.

The premier, Daniel Andrews, exploited Victorian parochialism during the recent federal election campaign, using an oft-repeated line that the state is expected to treat every dollar from the commonwealth “like it’s foreign aid”.

The state budget, handed down during the campaign, had a whole chapter dedicated to “Victoria’s economic recovery despite insufficient commonwealth support”.

“I’m wondering if Daniel Andrews or his office is aware of the penguin,” Holgate says. “Once the penguin started getting a bit of traction on Twitter, he really ramped up his rhetoric about ensuring Victoria gets a fair share.”

The deputy lord mayor of Melbourne, Nicholas Reece, who called for Vexit after the federal budget, says an election result that saw the Coalition lose four Victorian seats should serve as a warning to the federal government.

“There is a very strong sense of Victorian pride, an acknowledgment that the systematic ripoff of our state under federal funding arrangements has gone on too long,” he says.

Reece notes when the current GST deal expires in 2027, Victoria will lose $1bn each year, while Western Australia will receive an additional $4.4bn.

“WA banged the table long and hard and they ended up getting billions of dollars in extra funds. It’s time for Victoria to stop being polite about the fact we’re getting screwed over and stand up and say we’re not going to take it any more,” he says.

He says Victoria is similar in size to countries like Denmark, New Zealand and Singapore. If it went it alone, it could be more progressive on issues such as climate change, asylum seekers and refugees.

The Victorian Independence Movement is set to meet on Saturday to mark the formation of the colony of Victoria and will discuss how to take the movement forward.

The movement wants to emulate the success of the Scottish National party – which has renewed calls for an independence referendum – and could run for the Senate at the next federal election.

It is also selling merchandise, which it says it’s not making a profit or margin on.

“Grifting and corruption is hardwired into the Australian political mindset, but we are not Australians,” a spokesperson for the Victorian Independence Movement said.

“As the movement grows we will need to raise funds to meet needs like registering for elections and so on. We’ll be completely transparent about any money we ask for.”

The long-term goal, however, remains Vexit.

Though, as Judith Brett, a political historian at La Trobe University notes, the constitution makes it all but impossible.

“In order for a state to leave, it can’t make this decision on its own. It has to have the agreement of the federal government and they’re never going to say, ‘That’s fine, off you go,’” she says. “So it’s a fantasy.” 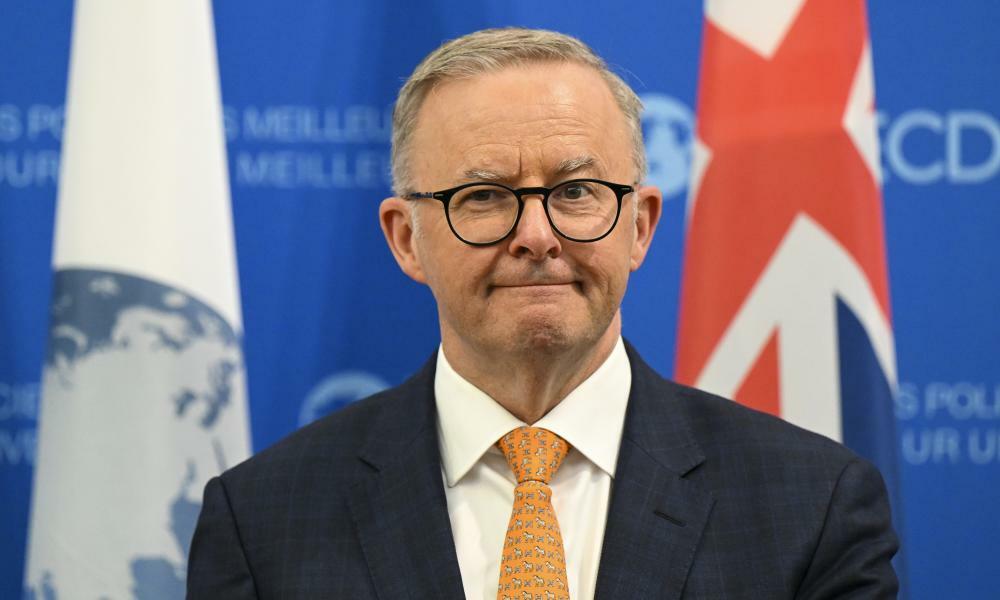 From the first coronavirus case reported in the country in January 2020 to the toll’s steep upwards trend today: this…