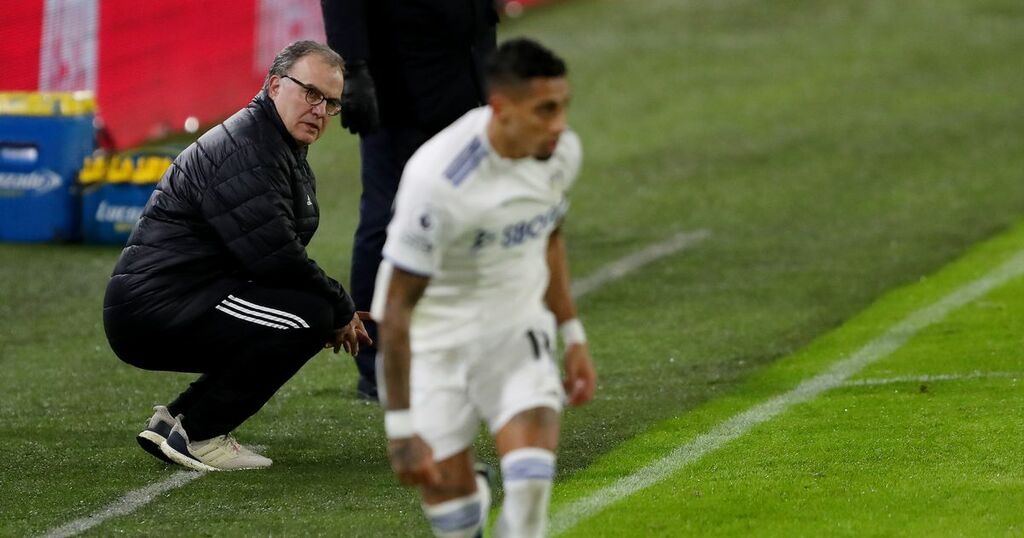 Leeds United boss Marcelo Bielsa has admitted that he still does not know whether he will be able to call on his Brazilian players to face Liverpool.

Along with Liverpool, Manchester United, Chelsea and Man City, Leeds have been punished by FIFA as the Brazilian FA requested the governing body invoke its five-day rule.

Premier League clubs took a collective stance not to release players for international duty where matches will be taking place in red-list countries, which prompted the response from the Brazilian FA and a number of other North and South American football associations.

Should the decision stand, Liverpool would be without Alisson Becker, Fabinho and Roberto Firmino for the trip to Elland Road, although the latter has been ruled out with a hamstring injury.

For Leeds they would be without star winger Raphinha, who was linked with a move to Liverpool over the course of the summer.

When asked about preparing his team not knowing if Raphinha will be available, Bielsa admitted that it “wasn't difficult” despite the Brazilian’s importance.

Bielsa is quoted telling Leeds Live : “The uncertainty wasn't difficult to prepare [for] the game and the position on whether he plays will depend on what the club transmits to me.”

Bielsa also confirmed that he will have three players return to his squad with Stuart Dallas recovering from injury, while Junior Firpo and Mateusz Klich have finished self isolating after testing positive for Covid-19.

However, Bielsa defender Robin Koch is not available after failing to recover from his respective injury.