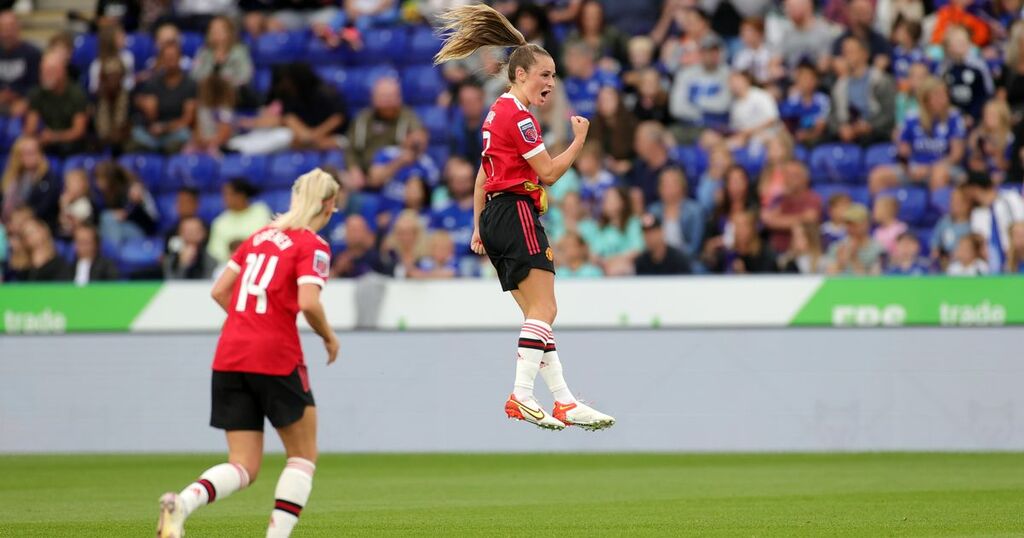 Manchester United manager Marc Skinner insisted Ella Toone was nowhere near her full potential after his Reds spoiled Leicester City’s home opener with a 3-1 victory at the King Power Stadium.

Toone unleashed a rocket from 22 yards out in the 36th minute of a contest that also saw scores from substitutes Maria Thorisdottir and Martha Thomas.

Former United defender Abbie McManus clawed one back for the Foxes in the second half, but it wasn’t enough to prevent Leicester from starting their first Barclays FA WSL season with an 0-2 record.

“It’s the spaces [Ella] can find,” said Skinner, who took over from Casey Stoney in July.

“She has the ability to manipulate the ball in such a tight area, you don’t know which way she can go.

“When she’s in those positions, we want that more often because of what a wonderful talent she can be.

“What we’re going to do with her is make sure she stays focused, grounded and works hard on making the game as less predictable for the opponent as possible.

“I’m really pleased with her. She’s got lots of room to grow.”

Skinner’s side entered the match buoyant from a 2-0 win over Reading on opening weekend, while the freshly-promoted Foxes were hoping for better luck after falling 2-1 to Villa.

United nearly put an instant damper on the home side’s hopes when Kirsty Hanson’s shot was tipped away by Kirstie Levell.

Millie Turner, in Skinner’s starting XI for the first time this season, got caught up in a collision outside the penalty area and was stretchered off the field, forcing Thorisdottir to enter the game after 15 minutes.

United finally took the lead through Toone’s superb strike from distance. The 22-year-old was beautifully set up by Katie Zelem before firing past Levell.

Thorisdottir doubled the lead in the 47th minute, swiping home from a corner for her first goal in a United kit, before McManus calmly headed home to halve the deficit 15 minutes later.

Summer signing Thomas made an instant impact, scoring just two minutes after subbing on for Lucy Staniforth in the 69th minute to seal the three points.

The extent of Turner’s injuries weren’t immediately known after the match, with Skinner adding: “It looked painful. But with our focus being on the game, I knew our medical team would look after her and she’d be in perfect hands. As soon as we get that, we’ll obviously let everyone know.”

To follow the action and sign up for The FA Player’s live Barclays FA Women’s Super League coverage visit womenscompetitions.thefa.com.