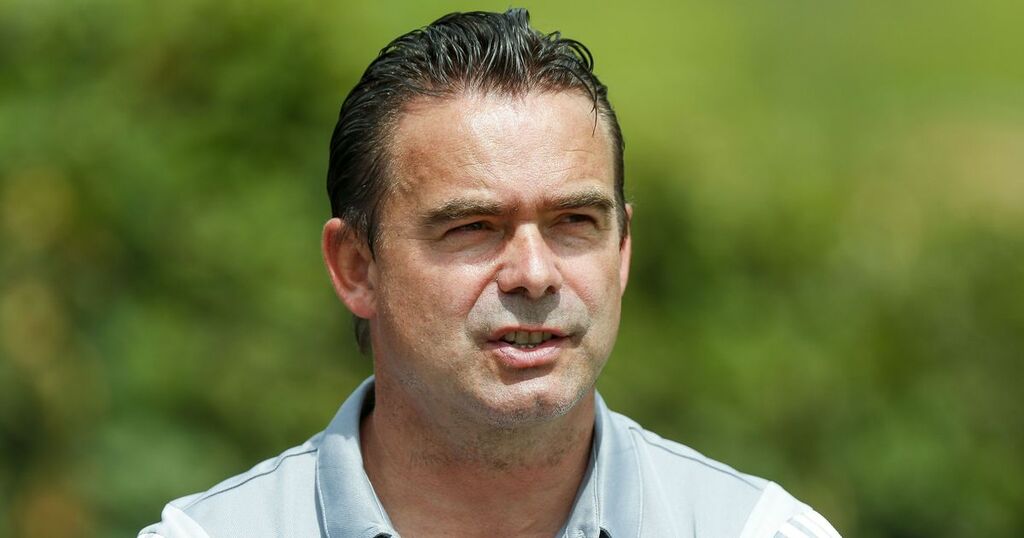 Marc Overmars has poured cold water over talks linking him with a return to his former side Arsenal by insisting he is happy to remain at Ajax, where he is currently the Dutch outfit's technical director.

Speculation went into overdrive over a potential return to north London after he allegedly sent a text to his former teammate Ray Parlour, discussing the idea of him taking on a role within the Gunners hierarchy.

It has been a disastrous start to the season for Arsenal, who currently sit rock bottom of the Premier League with three games played after three successive defeats, zero goals scored and a goal difference of minus nine.

As a result, the pressure on both manager Mikel Arteta and technical director Edu is growing as fast as the voices of discontent among the Emirates faithful.

Though it is thought that the Arsenal owners are willing to stick with the duo for the time being, defeat at home to Norwich on Saturday would spark outrage the likes of which haven't been seen from Gunner fans before.

In the wake of Arsenal's latest league outing, a 5-0 drubbing at the hands of reigning champions Manchester City, Overmars had reportedly seen enough and contacted Parlour to share his disappointment at the state of affairs the club finds itself in.

When discussing what role Edu has at the club, Parlour told talkSPORT: "Obviously he worked in Brazil, even Marc Overmars - I've had a text off him before saying 'Oh Ray, I need to go back to that club and sort it out.'

"Edu, they've gone with Edu. It's a very important role you have got to play. Recruitment is so important, it's very, very important for any club. I don't know what the relationship is like with Mikel Arteta, I have not been around the guys."

However, Overmars - who spent three seasons at Arsenal as a player and helped the team win the Premier League and FA Cup double in 1998, has explained he is keen to continue his work with the Eredivisie champions.

Should Arsenal look to replace Edu with Overmars? Comment below.

"As I’ve said before a number of times we’re really enjoying ourselves," Overmars told Ajax TV. We’re moving in the right direction. The four of us form good management and that’s important.

"We’re like a family, we’re close. And that’s important too. And who knows, we might have some good news soon. I'm not getting any younger. I’ve been offered the opportunity to go elsewhere too.

"That’s what happens and it’s always good to consider a move. But then I just think about how well things are going here. If it ain’t broke don’t fix it. If your old shoes are still comfy, keep wearing them."