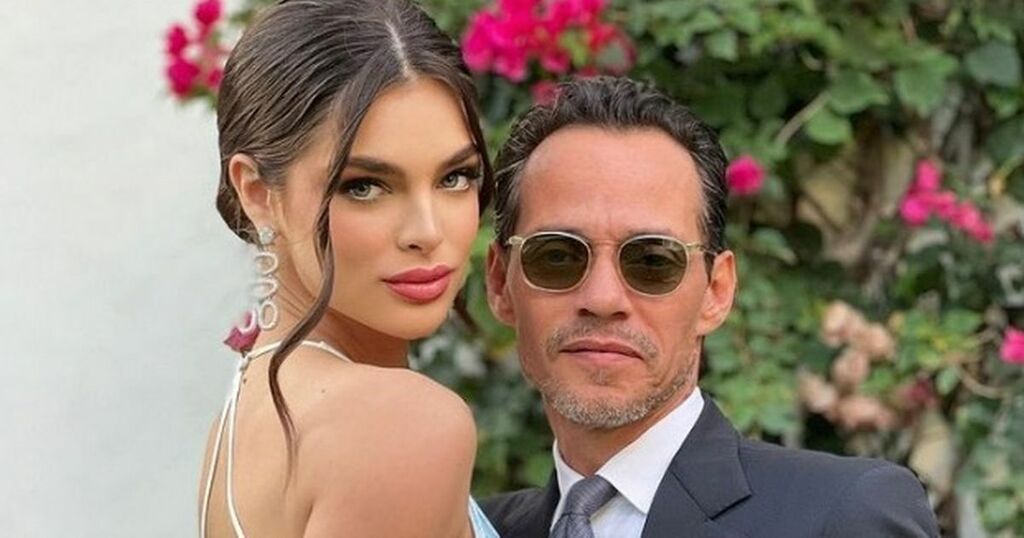 Can't wait for Bennifer to recreate this.

Marc Anthony has popped the question to Miss Universe star Nadia Ferreira – one month after his own ex-wife Jennifer Lopez became engaged to Ben Affleck.

The 53-year-old singer got down on one knee to ask 23-year-old Nadia to become his wife – with the Paraguayan fashion model and beauty pageant star saying yes.

The couple announced their happy news while attending an event in Miami on Thursday night – with Nadia flashing a huge engagement ring on her wedding finger.

Nadia took to Instagram during their night together to announce that the pair were celebrating their engagement.
She share da snap of Marc’s hand on top of her own – with her giant engagement ring shining brightly through their fingers.

She captioned the candid moment: “Engagement Partyyyyyy!!!” alongside a diamond ring emoji and tagging her husband to be.

The future nuptials are believed to be the first for Nadia – but it won’t be Marc’s first time walking down the aisle.

He was first married to Puerto Rican actress and singer Dayanara Torres in 2000 and together they have two sons, Cristian Anthony Muñiz,11, and Ryan Anthony Muñiz, nine.

Marc and Dayanara divorced in 2004 – clearing the path for him to marry Jennifer Lopez that same year – with the dup welcoming twins Emme and Max, 14, before divorcing in 2014.

Marc also has two children with ex partner Debbie Rosado – a daughter named Arianna Muñiz born in 1994 and they adopted a son named Chase soon after.

Last month, Jennifer Lopez became engaged to Ben Affleck for a second time – having previous been engaged back in 2002 before splitting in 2004.

JLo stunned fans when she announced she and Ben were going to get married with an announcement video in which she flashed her huge, green engagement ring.

She proudly showed off the sparkling ring in the video – with the mum-of-two visibly emotional and fighting back tears of joy.

She was shown staring adoringly at an impressive green-diamond ring and declaring: “You’re perfect."

While the couple are said to be looking ahead to marriage, they are not expecting to welcome any children together.

A source told HollywoodLife last month: "They do not want any new children – they are both past that part in their lives.

"J-Lo's connection with his kids makes Ben even more certain that this is fate," the insider added.

"They are really trying to make this a blended family and Jennifer Garner finds this to be amazing. She doesn’t mind at all when the kids go over to spend time with their father and J-Lo because it gives her some alone time too, which is so rare for her."

Ben shares two daughters with his ex-wife Jennifer Garner who he was married to from 2005 until 2018.

Can't wait for Bennifer to recreate this.