Marathon organisers apologise over 'disappointing' error that made course longer 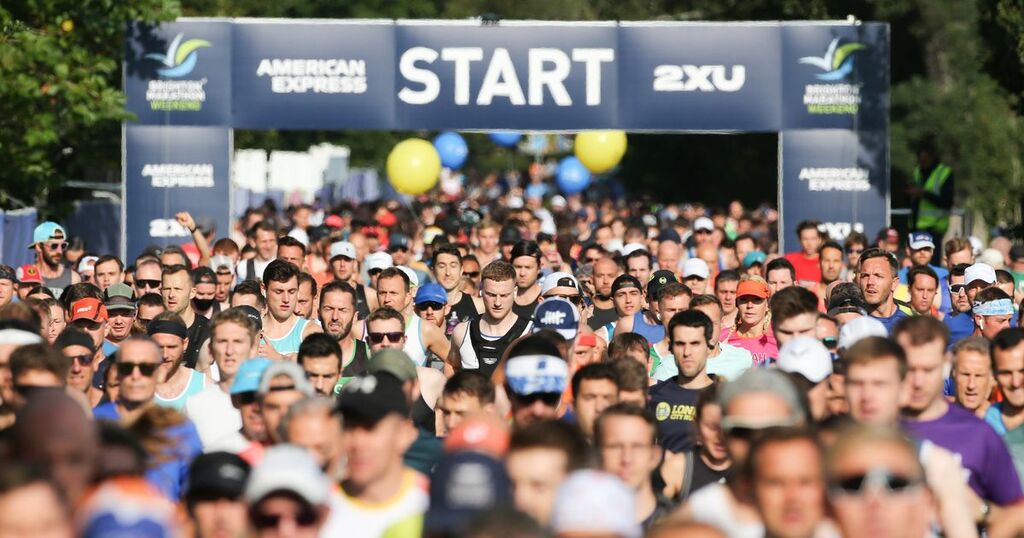 Marathon organisers have been left red-faced after it emerged their course was 568m too long for runners.

The group behind the Brighton Marathon have apologised to fuming runners for the blunder after the race on Sunday.

Thousands of runners launched from Preston Park from 9.45am on a course that was expected to be 26.2 miles.

But because of the mishap - said to have ben caused by 'human error' - exhausted participants had more than half a kilometre extra to go before the finish.

Organisers Brighton Marathon Weekend said in a statement: "We would like to apologise to our marathon participants that the course today has measured 568m too long.

"We are wholly disappointed that this has affected our runners & hope that it hasn’t marred the experience, at what has been a fantastic comeback after event after 18 months."

According to reports the hosts said that the error was only noticed after the race had started and so could not be fixed.

A spokesperson told the BBC : "The mistake was spotted after runners were on the route and therefore could not be rectified.

"The mistake was human error and we apologise sincerely to all of our marathon participants."

And the blunder also came after a dramatic finish saw the winner Neil McClements overtake the then leader Ollie Garrod about 200 metres before the finish line.

Mr Garrod told told the Telegraph : "Basically a cone up near Rottingdean was put too far up the hill and we kind of all knew as we went round - I looked at my watch and thought 'hang on, these mile-markers are suddenly half a mile out' and wondered how that happened at such a short distance.

"I bonked massively at mile 17, I had a huge lead at that point, of about four minutes. I did lead the race through the marathon finish so if it was on distance [I would have won]...

"I organise some races myself and I know the pressures that volunteers are under, sometimes it is a case of a volunteer putting the cone in the wrong place."

He said he was "frustrated" by the error, but understood the pressures involved in measuring the course.

Ollie Garrod came in second with Mark Innocenti in third.

Verity Hopkins was the women's marathon winner with a time of 2:52:11.49 with Amy Harris coming in second and Lauren Reid in third.