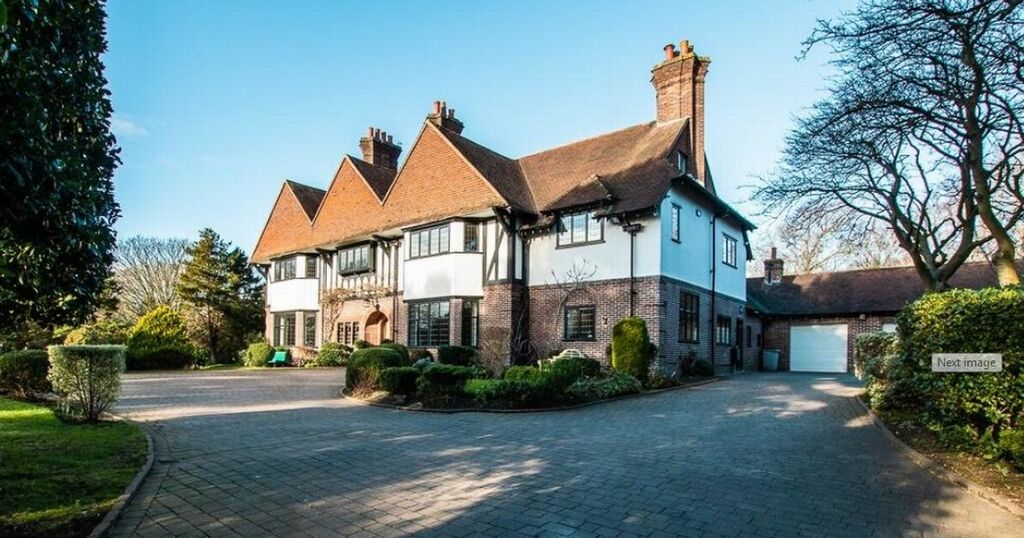 Plans to develop a mansion which was one of the most expensive Merseyside homes on the market in 2019 have been passed.

Wirral Council’s Planning Committee approved a proposal for a new building ancillary to Purley, on Kings Drive in Caldy, Wirral, at tonight’s meeting.

The grand home was built in 1904 for a shipping magnate and given the name ‘Purley’.

Tonight’s meeting concerned a proposal for a two storey building, which will be ancillary, or complementary, to the existing building, rather than forming a separate dwelling as was the case in a separate application.

Compared to the previous proposal, the height of the planned new building was also reduced and trees will not be removed as part of the development.

A letter from Rachel Johnston, from Ainsley Gommon Architects, was read out at tonight’s meeting.

Ms Johnston’s letter said the proposal to create a separate building within the grounds of Purley was being made to offer additional amenity to the occupants.

It added that the proposed building’s height had been reduced from three storeys to two storeys and that it was set into the ground meaning it would have less of an impact on the main house.

Ms Johnston’s document also stated that a green roof will blend in with the surroundings and fit into the varied architectural style of the area.

Therefore, the building would not be detrimental to the conservation area in which it was located or Purley itself.

However, Nicholas Lean, from the Caldy Society, was against the plan.

He said it had generated a huge amount of public interest in the local area and that he was worried the applicant would remove the wall at the front of the property to help construction vehicles to access the site.

Mr Lean thought the committee should defer its decision to allow for meetings to take place to discuss this and other issues with the application.

Conservative councillor Jenny Johnson asked Mr Lean if a condition was put on the application to make sure the construction access was only temporary, would his fears be allayed?

But Mr Lean said that once the sandstone wall was gone that would be it. He did not think the wall could be restored in a satisfactory way.

Cllr Stuart Kelly, a Liberal Democrat who chairs the committee, said the key issue was whether the new building would impact on the setting of the existing one and the conservation area.

Labour councillors Steve Foulkes and Samantha Frost wanted to know how the council could ensure the new building was only ancillary to the main one and that new residents would not move in.

Council officers said things such as separate bills or the creation of a separate address would alert them to the possibility that the building was being used as a separate dwelling.

Ultimately, the committee decided that the new building would not harm the area or the site itself sufficiently enough to knock the application back and unanimously approved the proposal.