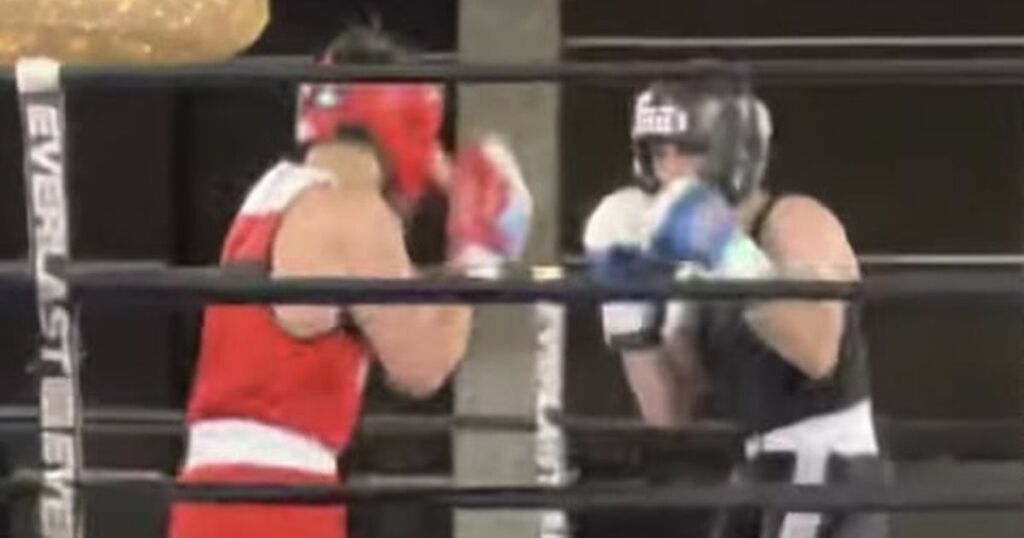 Amir Khan, the 2004 Olympic silver medallist who became a unified world champion at light-welterweight, has announced the end of…

Mayweather was scheduled to fight Don Moore this Saturday in Dubai, but the event has been cancelled after the passing…

Daily Mirror
‘I’m disgusted’: readers in the Philippines on the 2022 election result

Mayweather has explained how he first trained with his upcoming exhibition opponent Don Moore back when he turned professional, and…

Manny Pacquiao's son claimed victory his second amateur fight against Jonathan Barajas to continue his unbeaten start to his career.

The Filipino star launched a successful start to his career in San Diego two months ago as he looks to follow in his legendary father's footsteps. His latest venture came on Tom Loeffler's Hollywood Fight Nights where a big crowd was drawn to the Montebello Country Club to see the young star in action.

Pacquiao Jr claimed victory over Barajas by decision after three rounds with both men embracing after the final bell after an entertaining clash. Several stars were in attendance ringside including UFC president Dana White due to his involvement with the broadcast on UFC Fight Pass.

The 21-year-old was delighted with his latest performance and believes he has got better since his debut earlier this year. "I did better than my first one so," Pacquiao Jr told Fight Hype. I looked good I feel this time my performance was better than the last one. It has been a lot of work to make this progress and I like to get in there and show everything I do."

Pacquiao Jr even stunned his opponent during the fight which was a significant moment for the young star who had cruised to victory in his opening bout. His father was not present ringside for his second outing, having just recently lost his political campaign to become president of the Philippines.

What did you make of Manny Pacquiao Jr's second victory? Let us know in the comments section below

The rising star has received critics from the start of his career despite it being extremely early stages after posting footage of his work on social media. But Pacquiao Jr has leapt to defend himself and explained his hard work in training. “At first, I was just quietly going into it and stuff, but I guess it’s unavoidable. I’m trying my best. I have to get used to it,” Pacquiao Jr. told abs-cbn.com.

Pacquiao Jr has been training with legendary coach Freddie Roach at the Wildcard gym and has also worked with boxing star Canelo Alvarez. The Filipino is looking to recreate the glory days of his father who shared huge rivalries with the likes of Floyd Mayweather. His trainer Roach recently gave his approval to any fight between Pacquiao Jr and Karam Mayweather, stating: "I like that".

Manny PacquiaoDana WhiteFreddie Roach
Sign up to read this article

Amir Khan, the 2004 Olympic silver medallist who became a unified world champion at light-welterweight, has announced the end of…

Mayweather was scheduled to fight Don Moore this Saturday in Dubai, but the event has been cancelled after the passing…

Daily Mirror
‘I’m disgusted’: readers in the Philippines on the 2022 election result

Mayweather has explained how he first trained with his upcoming exhibition opponent Don Moore back when he turned professional, and…